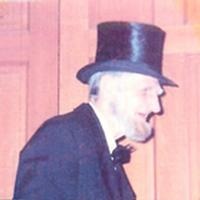 Wayne DeGene Volk, 84, of Bloomington, Nebraska, passed away at his home January 1st, 2017.

Wayne was born February 4th, 1932, to Albert and Louise (Niederklien) Volk at Campbell, Nebraska. He grew up in the Campbell and Upland area.

On a fine day in June, Wayne met the love of his life, Jonquil Churchill. They were married December 19th, 1954. A daughter and a son were born to this union, Mary and Matt.

Wayne and Jonquil just celebrated their 62nd Anniversary. Raising his family in Bloomington, he was a worker with many talents. Working in the shop, portraying Abe Lincoln, being around his grandkids and great-grandkids gave him enjoyment. Along with this, Wayne's Wizards of Republican Valley 4 Point Pitch Tournament, ran January through March., and a card tournament for many years. He also served on the Franklin County Board of Supervisors for 12 years.

He was preceded in death by his parents; a sister; two sister-in-laws; a nephew; his in-laws; and a granddaughter.

To order memorial trees or send flowers to the family in memory of Wayne Volk, please visit our flower store.