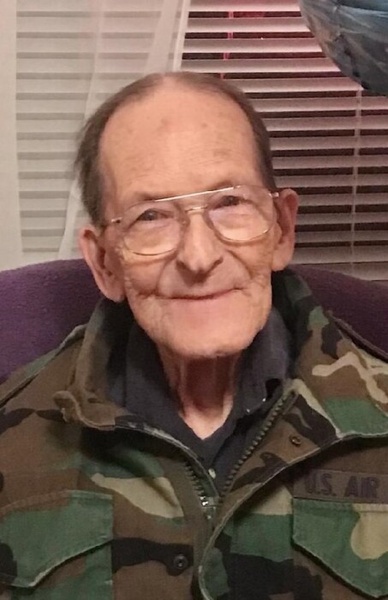 IN LIEU OF FLOWERS, A MEMORIAL IS SUGGESTED BY THE FAMILY.

THE CELEBRATION OF WAYNE'S LIFE WILL BE LIVE STREAMED THROUGH HUTCHINS FUNERAL HOME FACEBOOK PAGE.

Wayne Harold Parsons of Franklin, Nebraska was born December 13, 1935 in Hastings, Nebraska to Harold and Esther (Young) Parsons. He passed from this life to his Heavenly home early Sunday morning, February 6, 2022 at Franklin County Memorial Hospital. He was 86 years and 8 weeks.

Wayne attended Hastings schools and later received his GED. In August of 1954 Wayne joined the U.S. Air Force. He served four years. He was always glad for the experiences he had there.

Upon returning to Hastings, he worked construction for a short time. Wayne also worked a number of years at Debus/Metz Bakery. By accident, he started working for Bob Carroll to pay off the deductible from an accident. In time he began to learn auto body repair, later moving on to work for Laird’s Motor. After three years at Lairds, he came to the Franklin area opening his own shop in July of 1975. Franklin Body Works was known for quality work. Wayne treated the customer’s car like it was his own. After some time, he decided he would like to do something different. Connecting with Bislow’s Landing, Wayne drove semi, hauling grain and other products for several years.

In 1960 Wayne married Vernabeth Scheideman. They had no children, and later divorced.

In 1973 he was married to Margaret (Marge) Rust. To this union two children were born: Sara Marie and Nathan Wayne. Wayne and Marge were also foster parents to DeWayne Jackson and Nickhol and Jimmi Jo Andruss.  After a time, this marriage also ended.

In August of 1986 Wayne married his bookkeeper, Julie (Mankhey) Mall. To this union were added two step-daughters Saundra and Christie Mall.

Wayne enjoyed fishing, model trains, motorcycles, and lots of cars (including two trips to Indianapolis to drag race with his 58 Chevy; getting within .03 of a second of the national record for his division!) He very much enjoyed sharing Jesus, traveling and family time. He enjoyed being a part of Full Gospel Businessmen’s and sharing in the God-mobile, Word Teaching Center Church in Alma, God’s Lighthouse Church in Heartwell, Nebraska, of which he became pastor, Crossgate Church Bible study and prayer meetings in Franklin, and recently Bible studies at Valley Worship Center in Riverton.

Wayne was known by many as “Mr. Fix-It”. It seemed he could fix almost anything, or at least try. He would help, if he could. Many enjoyed his smile and his stories. Many felt at home in his presence.

To order memorial trees or send flowers to the family in memory of Wayne Parsons, please visit our flower store.