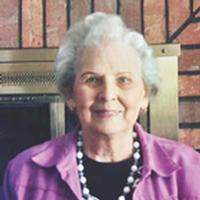 Vera Fern Blank, age 97, entered into rest on June 13, 2016 at the Golden Living Center, Franklin, Nebraska. She was born on January 24, 1919 on a farm in rural Franklin, Nebraska to Henry and Etta Merrill (Mosbarger) Lipp.

Vera was a 1937 graduate of Franklin High School. She graduated from LPN School of Nursing from the Presbyterian Hospital in Albuquerque, NM.

Vera married Clarence Blank on July 24, 1938 in Macon, NE. He preceded her in death on October 3, 2010 in Hastings, NE. Clarence and Vera lived in Franklin until 1956, moved to Albuquerque, NM until 1967, then moved to Holdrege. They moved back to Franklin in 1988. Vera was a member of the First United Methodist Church, United Methodist Women, The Quilters, V.F.W. Post #5757 Women’s Aux.

Memorials contributions may be given to First United Methodist Church.

Condolences may be sent to www.hutchinsfh.com
SERVICES
Visitation

To order memorial trees or send flowers to the family in memory of Vera Blank, please visit our flower store.