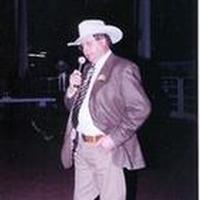 Vance L. Uden, long-time Angus breeder, passed away from this life on April 18, 2009 at home near Franklin, Nebraska at the age of 68. Vance was born May 21, 1940, in Bruning, Nebraska to Vivian (Crays) and Harold Uden. Vance graduated from Bruning High School and was graduated from the University of Nebraka Lincoln with a BS in Animal Science. Vance married Constance Sterner in 1963 in Franklin, Nebraska. Vance owned and operated TC Ranch where he raised registered Angus cattle. He earned many awards but felt his greatest achievements were the herd sires he produced that went on to improve cattle for other breeders. Vance loved the livestock business, following the Nebraska Huskers football and volleyball teams, major league baseball, music, and his family. He was a member of the American Angus Association, for which he served on the board, the National Cattlemen's Beef Association, the Nebraska Angus Association and the Methodist Church. He was well known as a cattle judge for all breeds, judging at all the major cattle shows, helped many young people start an Angus herd, was a strong supporter of youth, and showed carloads of bulls at the National Western Stock Show for 35 years.Vance always had time to visit and help anyone, he enjoyed giving pasture tours, and never turned down a livestock judging team that wanted to come for a work out. He had love of God, love of family, love of country, and love of Angus.He is survived by his wife, Constance Uden, of Franklin, Nebraska; sons, Ty Uden of Louisville, Kentucky and Dru Uden of Franklin, Nebraska; mother-in-law, Rose Sterner, of Franklin, Nebraska; sister, Cheryl Tribble, of Troy, Idaho, grandchildren Hannah Uden and Tavin Uden of Franklin, Nebraska, and several nieces and nephews. TC Ranch was his life and his Angus friends around the world were considered an extended family.He was preceded in death by his parents, and brother- Wayne Uden.

Instead of traveling to attend a funeral, it was Vance's wish that people use that time to do something positive for someone else; take your grandchild for a walk through the cattle, reconnect with someone from your past, make an effort to resolve old conflicts, or lend a stranger a helping hand. Offering your time and energy in this way will not only honor Vance's memory and spirit, but benefit us all by touching the hearts and lives of others as he has touched ours.

The family would like to collect and make available a list of the good deeds done in memory of Vance; the deeds will be listed anonymously.

The family plans private services. A memorial service may be read at www.hutchinsfh.com.

To order memorial trees or send flowers to the family in memory of Vance Uden, please visit our flower store.