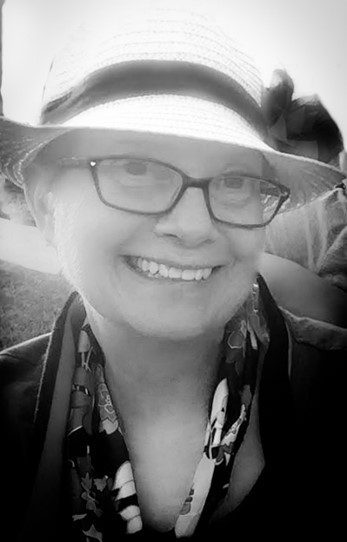 Theresa Jo Olson, age 60, passed away peacefully at her home, on January 9th, 2020.  Theresa was a wife, mother, daughter, sister, grandma, niece, cousin and friend.  With all of those hats, she wore each one with pride.  Loving each of us unconditionally.

Theresa was born July 3, 1959 in Alma, NE to Robert and Shirley (Monie) Lennemann. Theresa  finally said yes and married the love of her life Danny Ray Olson (even though she made him ask 3 times) on December 31, 1977.  To this union two children were born, Dena’ Rae (Olson) Dunse and James Robert Olson

Theresa was raised in Franklin, County.  She attended elementary school in Bloomington & graduated from Franklin Public Schools in 1977.  Theresa went on to graduate from Hastings Community College in 1978, with a degree in Floriculture and Horticulture. Theresa was a talented florist, always creating & designing one of a kind pieces to sell or give away.  She also enjoyed designing wedding bouquets, corsages and boutonnieres, for any special occasion.

Theresa was a dedicated mother first and foremost.  She treasured her children and embraced every moment with them.  Theresa especially loved her roll of Grandma/Nana Jo, she found so much joy in her grandkids.  Watching them grow gave her a new purpose in life.  With each grandkid came more love. Rocking them and reading to them when they were little, to crafts, baking, & gardening with them as they got older.  She loved each of them so much.

During the summer you could find her in the garden. She loved planting her garden and growing produce to can and share with friends and family.  Were you lucky enough to have Theresa make you a loaf of her Rye Bread, a Pie, Cinnamon Rolls or Cookies? Well I hope you were because they were delicious.  She loved giving, putting a smile on your face, and spreading love.

As she sat at another chemo treatment, discouraged and doubtful, Theresa looked out the window.  On that cold snowy spring day, she seen a butterfly holding on tight to a bush just outside the window…. A smile came upon her face and she said… if that butterfly can make it through this storm, I can too.  From that day forward, she “BELIEIVED” and the butterfly became her mascot.

Theresa enjoyed her bowling league, playing cards, going out to eat with friends, garage sales, and bargain shopping.  She loved attending plays and musicals at the Merryman Performing Arts Center and taking her grandkids to the Crane River Theater at Yanney Heritage Park.

In November 2018, Theresa got the news that the tumors in her liver were growing again, despite the chemo.  After fighting cancer since 2001, and having her stroke in 2016, she was tired. She decided to forego all chemo and wanted to live out her life at home.  This was made possible by Ascera Care Hospice and a host of friends and family.

Theresa has chosen to have her body donated to the Anatomical Board of Nebraska, UNMC. In hopes of finding a cure for cancer.

A celebration of life service for Theresa Jo Olson will be Saturday, February 1, 2020, at 10:30am, at the Franklin County Fairgrounds, Franklin Nebraska.

To order memorial trees or send flowers to the family in memory of Theresa Olson, please visit our flower store.