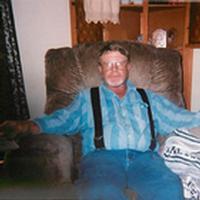 Terry Paul Fegter, the first son of Edward Paul and Gertrude Irene (Glenn) Fegter, was born on March 21, 1952 in Minden, Nebraska. He passed away on February 19, 2016 at the Franklin County Memorial Hospital at Franklin, Nebraska after a hard fight battling with cancer, at the age of 63 years, 10 months, 29 days.

Terry was raised on a farm north of Bloomington. He was baptized and confirmed at the Methodist Church in Bloomington. He attended a one room school house north of Bloomington for a year. Then attended 1st grade in Naponee before finishing grade school and one year of high school in Bloomington and then finishing high school in Republican City. Upon graduating in 1970, he moved to Colorado and attended Business School for a year. Missing family and friends he moved back to Bloomington. Soon after moving back he met his best friend and love of his life Sandra Lee Schriner of Riverton. They were married in October of 1974. Upon that union he got a step-daughter Deborah Lynn Schriner, 2 years later they had a daughter Christena Ellen.

Terry served the community on Town Board, School Board, and Fire Department as a First Responder in Bloomington and later in life was a member of the Macon Lyons Club.Through the years he worked on several farm/ranch operations. Ending up at the Franklin County Roads Department.

Some of his favorite things to do was playing baseball, watching sports on TV and hosting BBQ's with family and friends.

He was preceded in death by his parents Edward and Irene Fegter.

Recorded music was "Old Rugged Cross" and "I Can Only Imagine".

Memorials are suggested to go to the family.

To order memorial trees or send flowers to the family in memory of Terry Fegter, please visit our flower store.