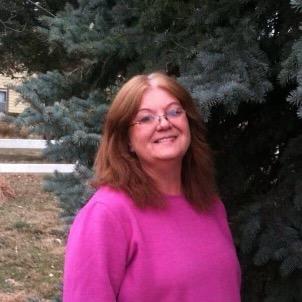 Following the wishes of Teresa, the casket will remain closed. We strongly recommend those gathering for these services were a mask or facial coverings. The service will be streamed live on the Hutchins Funeral Home Facebook page.

Teresa Lynn Grabast (Hlavac) was born to LeRoy Grabast and Evelyn (Hollis) Grabast on January 7, 1961 in Loup City, Nebraska. Teresa was one of four children. She had a close relationship with her older sister Lucinda Grube and her brothers, Timothy and Chris Grabast. The family moved to Franklin in 1965, where Teresa spent the majority of her childhood. She loved to swim at the pool and fish throughout the summers. She attended and graduated from Franklin Public School, class of 1979. After graduation, Teresa explored many options in the workforce, such as a hog farm in Hastings, NE, driving trucks in Kansas for wheat harvest and Hanson's Hatchery in Franklin, NE.

On February 2, 1986, Teresa married John A. Hlavac at the Country Club in Franklin, Nebraska. They had four children, Jayme Ann, Jaclyn Ashley, Jessica Ariel and Jared John. They moved to Hildreth, NE where Teresa took writing classes and wrote many poems and short stories while helping John run his own Electric Company. Through the years, Teresa and her family received many opportunities to meet new people and experience new places such as Lake City, Minnesota. Teresa worked at a Bank and then at Pepin Heights Apple Orchard. That is also where Teresa learned to quilt and joined a quilting circle at church. Teresa and family moved to Curtis, Ne. She continued quilting and took classes at the local quilting shop. She taught her children to ride horses, spent a lot of time at the lake fishing, and began sharing her love of quilting with her daughters.

In 2004, Teresa and her children moved back to Franklin. She worked at the Senior Center, Nursing Home, Hospital and Frosty Mug while nurturing and caring for her children. Her home became a "safe haven" to her children's friends and pets. Too much of the city’s youth she was considered "Mom".

In 2015, Teresa experienced a house fire. Thankfully, no one was injured including pets and most momentous belongings such as her favorite bible were recovered. Teresa overcame this tragedy through hard work and a loving community of supporters.

In July of 2020, Teresa was diagnosed with brain cancer. After multiple surgeries and treatments, she continued to fight and stay hopeful, clinging to her faith. Her loving church family provided transportation during those uncertain times. She passed peacefully surrounded by her loved ones on Wednesday, April 7, 2021.

Teresa was a loving mother and grandmother. She was present for many of her grandchildren's births and loved nothing more than to spend her time with them. She had a true and strong belief in Christ and was a dedicated member of the Evangelical Free Church of Franklin since 2004. She taught Kids Club and lived her faith in all that she did. She loved sewing for her friends, family and community. She enjoyed singing, dancing, and gardening in her spare time. To all who knew her, she was a trustworthy, kind-hearted person who loved to help others.

Teresa will always be loved, cherished and remembered by all those whose lives she has touched in some way, but never more than by the legacy of her four children, Jayme McCormick, Jaclyn Hlavac-Sauer, Jessica Larsen, and Jared Hlavac; Her ten grandchildren, Cries McCormick, Weston Graf, Alyssa McCormick, Tegan Sauer, Anisti Sauer, Zander Sauer, Kiara Sauer, Katherine Landreth, Hannah Landreth and Jocelynn Larsen; her loving parents, LeRoy and Evelyn Grabast; and her brothers, Timothy Grabast and Chris Grabast; and a lineage of other relatives and loved ones.

She is preceded in death by her sister Lucinda Grube and her grandparents Lawrence and Inez Grabast and Ora and Faye Hollis.

Funeral services will be 2:00pm Saturday, April 17, 2021 at the Evangelical Free Church, Franklin, Nebraska with Pastor Bill Stearns officiating. Burial will be in the Riverton Cemetery.

To order memorial trees or send flowers to the family in memory of Teresa Hlavac, please visit our flower store.