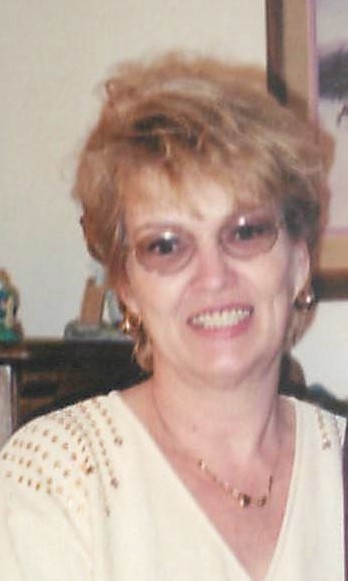 Teresa Elaine (Snodgrass) Carlson was born in Gilstrap, Kentucky on April 14, 1949 to William Ralph and Emma Rose (Stewart) Snodgrass. Teresa went to be with our Lord in Heaven on Sunday, November 21, 2021 after a long illness.

Teresa fervently loved her family and friends. She loved to cook, garden when she was able, and vacation with her husband Gordon. She also became an avid bird watcher from her back porch. She always made sure the birds had food and a place to bathe for her enjoyment. Teresa was a collector of butterflies, humming birds, cardinals and clowns, having many figurines of each.

At the age of 16, she met and married William Caldwell of Cement, Oklahoma and together they built a home and a family for 25 years. Together they had two children, Andreia Rose and Bradley Leon. During this time she was a stay at home wife and mother while babysitting at times.

In her 40’s, Teresa went back to school to obtain her GED, then proceeded to earn her LPN license in 1995 in Pampa, Texas after which she became the night charge nurse for the Erick Nursing Center in Erick, Oklahoma for many years.

In 2000, she met Gordon Carlson and they were married in Branson, Missouri on November 22, 2000. She loved and lived with Gordon in their home in rural Franklin, Nebraska until her death.

To order memorial trees or send flowers to the family in memory of Teresa Carlson, please visit our flower store.