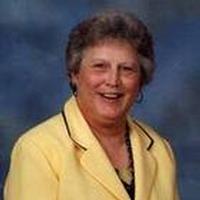 Christian Biography of Susan "Susie" Letha (Matejka) (Shores) Kloppenborg
Susan ""Susie"" Letha (Matejka) (Shores) Kloppenborg died and entered into eternal rest with God on
Thursday, August 16, 2007 at the Golden Living Center in Franklin, Nebraska.
Susie was born on March 13, 1953 in Alliance, Nebraska to Paul and Ruth (Munger) Matejka. She was
baptized and confirmed in the Alliance United Methodist Church. Susie attended Alliance Public Schools,
graduating from Alliance High School in May 1971. She attended St. Joseph's School of Practical Nursing,
and worked for several years as a L.P.N. and Respiratory Tech at St. Joseph's and Box Butte General Hospital
in Alliance.
On August 21, 1971, Susie married Robert Shores in Alliance, Nebraska. This union was blessed with the
birth of two children, Brandie and Brian. Sadly, this union ended in divorce. In 1989, Susie moved to Denver
and attended F.E.M.A. Medical Institute, working toward a degree in Respiratory Therapy.
On April 9, 1994, Susie married Neil Kloppenborg in Davenport, Nebraska. The newlyweds made their home
in Davenport, before moving to Harrison, Nebraska in 1995, and then to Franklin, Nebraska in 2000.
Throughout this marriage, Susie has worked at several nursing homes, grocery stores and convenience shops.
On November 14, 2005, Susie was forced to retire from Casey's General Store in Franklin, due to increased
weakness in her arms. She was diagnosed in January 2006 with Amyotrophic lateral sclerosis, more commonly
known as Lou Gehrigs Disease at Mayo Clinic in Rochester, Minnesota.
Susie was a person who enjoyed being busy, and has always made it her pattern to make sure others are taken
care of before her needs were met. She enjoyed cooking, and especially baking items. She loved her children,
and treasured every moment she was able to share with them.
Susie was a member of First United Methodist Church in Franklin, Nebraska, Faith United Methodist Women
Circle, and Macon Association of Women in Service in Macon, Nebraska.
Susie is preceded in death by her mother, Ruth Matejka, several aunts and uncles.
She leaves to treasure her memory her husband, Neil Kloppenborg of Franklin, Nebraska; two children,
Brandie and husband Steve Latimer of Haysville, Kansas, and Brian Shores of Alliance, Nebraska; one
granddaughter, Mackenzie Latimer of Haysville, Kansas; her father, Paul Matejka of Alliance, Nebraska; two
brothers, Paul Matejka of Colorado Springs, Colorado, and John Matejka of Alliance, Nebraska; two sisters,
Merrily and husband Jim DeBusk, and Jane Matejka, all of Alliance, Nebraska; ex-husband Robert Shores of
Alliance, Nebraska; a host of nieces, nephews, other relatives and friends. She will be greatly missed by all
who knew her.

To order memorial trees or send flowers to the family in memory of Susie Kloppenborg, please visit our flower store.