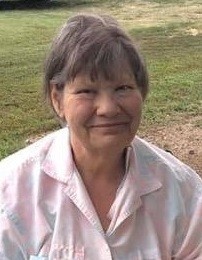 She was born at the Franklin County Hospital August 28, 1952 to George and Marie (Bear) Crouse. She grew up on a farm south of Bloomington with her parents and siblings. They later moved into Bloomington where she attended grade school and then to Republican City, Nebraska for High School.

On August 1st, 1970 she was united in marriage to Gaylord Kleen from Macon, Nebraska. This union was blessed with three children: Angie, Jeffrey and Jason. They lived in Alma, Nebraska for the first year of their marriage, and then moved to Bloomington where they raised their children.

Susan worked full time at the Franklin Nursing Home for over 20 years in the kitchen, laundry and housekeeping departments. She loved to help people and always had a kind word to say even if she didn’t know them. Along with raising her children and working full time, she also loved to raise a big garden and enjoyed canning everything she grew. Susan also enjoyed baking and crocheting in her spare time. She loved taking care of all types of animals, but the cats were by far her favorites and held a special place in her heart.

Susan was preceded in death by her parents George and Marie; husband of 49 years Gaylord; brothers George, Francis and Clifford Crouse.

Memorial services will be held 2:00pm Saturday, January 11, 2020 at Hutchins Funeral Home, Franklin, Nebraska. Family burial of her urn will be at a later date beside Gaylord in Mt. Olive Cemetery. Hutchins Funeral Home assisted the Kleen family with these arrangements.

To order memorial trees or send flowers to the family in memory of Susan Kleen, please visit our flower store.