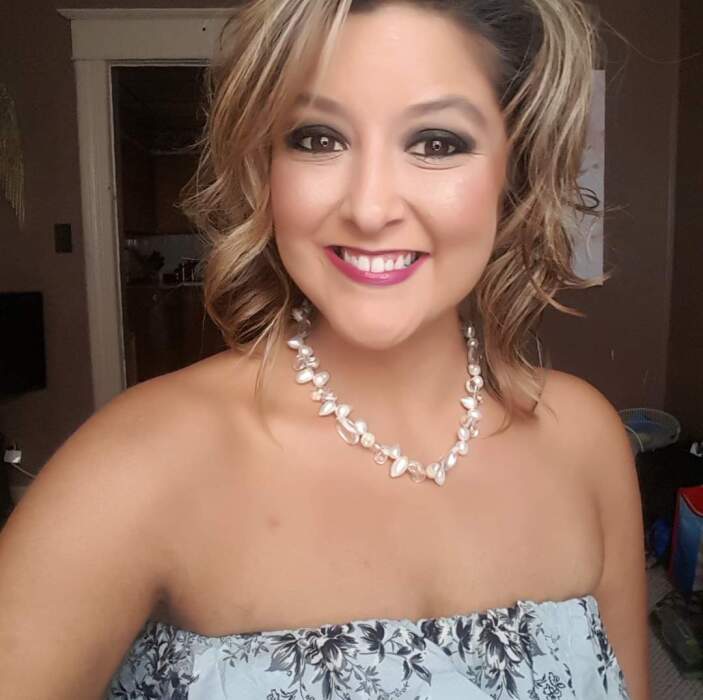 She was born on December 25th, 1986 in Seattle, Washington, the daughter of John and Candy (Prichard) Kennedy.

Sarah was a loving and compassionate person who loved to be silly. She had the most beautiful smile that could light up your soul. Sarah loved “family get togethers”, sitting outside and going to the lake or any body of water. She enjoyed camping, sitting by the fire with her friends and family laughing and telling stories. She was a bit of a daredevil, always the one with the bumps and bruises. She could play in the dirt all day, go home, get dressed up and look like a million for an evening out. A believer and defender of treating everyone with respect and dignity!

Sarah loved and adored her life partner Nick Haffey. He was her world. If you were lucky enough to be present when she gazed into his face, the pure joy radiating from her would blind you. Sarah wanted nothing more for them than to have a wonderful life.

The relationship she had with her brother, Zackery Kennedy, was not like any other. Sarah was a wonderful little sister that shared many adventures and she always had his back. When her brother would see her, his whole face would light up and time would just be lost.

Sarah is preceded in death by her father John Kennedy; grandparents James and Martha Prichard, Garland Kennedy and wife Sharon, and Orpha Marler. She will be forever remembered by her partner Nick Haffey; her brother Zackery Kennedy; half-brother Adam Gilmour; stepsisters Heather Rose, Tina Torress, Jodie Lewis; mother Candy Kennedy-Goergen; stepfather Dan Goergen; numerous aunts, uncles, nieces, nephews, cousins, and friends. She will be deeply missed by all who knew and loved her.

Direct cremation services were chosen. The family will announce a gathering in Celebration of Her Life later this summer. Private family inurnment will take place at a later date. Memorials in her memory may be given to the family in care of Hutchins Funeral Home, Franklin, NE who is assisting the Kennedy family with these arrangements.

To order memorial trees or send flowers to the family in memory of Sarah Kennedy, please visit our flower store.

Gathering of Family and Friends