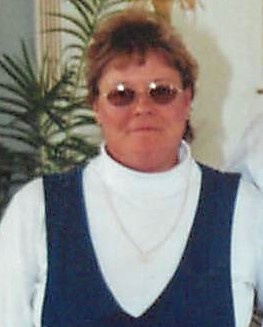 Direct cremation services were chosen There will be no visitation.

Flowers may be sent to the funeral home to be taken to the graveside service.

She was born on March 20th, 1957 at Holdrege, Nebraska to Norman and Christina (Barnes) Klein. She grew up in the Holdrege and Axtell communities before moving to Bloomington.

On January 13th, 1989 she was united in marriage to Melvin Taylor in Alma, Nebraska. They lived in Franklin until moving to Bloomington in 2000.

Sandy worked for several years at the Lamplighter Inn then went to work at the Franklin Nursing home. She worked in several different departments for over ten years.

Sandy enjoyed camping, fishing and spending time with her sons and grandkids. She also loved to knit, loving taking photographs and her dogs.

Direct cremation services were selected. A graveside service and inurnment will be held at 11:00am, Saturday, March 21, 2020 at the Bloomington Cemetery. Memorials to the family and floral arrangements can be left at Hutchins Funeral Home, Franklin, Nebraska who is assisting the Taylor family with these arrangements.

To order memorial trees or send flowers to the family in memory of Sandra Taylor, please visit our flower store.