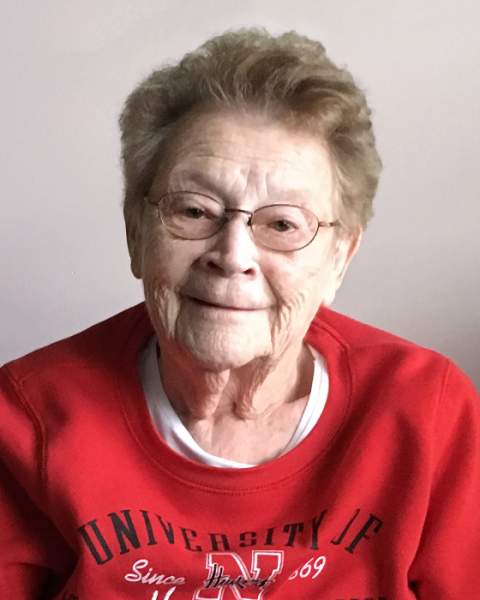 Memorials for Roberta may be made to the UMW of the Franklin Methodist Church.

Public viewing will be from 2 p.m. to 7 p.m. Saturday, January 9 at Hutchins Funeral Home, Franklin, NE.

Services will be at 2 p.m. Sunday, January 10 at the Franklin United Methodist Church.

Burial will be at Greenwood Cemetery in Franklin.

Roberta was born February 6, 1931 on the family farm 6 1/2 miles north of Inavale, NE to Guy and Martha (Springer) Harvey.

Roberta attended a one-room country school located on her father's land 1/2 mile from their home for 1st and 2nd grade.  For grades 3-5 she attended school in Inavale riding with her older brother, Bud, who drove the family Model A. In 6th grade she and her older brother, Jack, boarded Monday-Friday with a family who lived on the edge of Inavale.  For 7th-10th grades, she rode to town with brother Jack.  By the time Roberta completed 10th grade, there were so few students in Inavale that she attended Franklin High School for grades 11-12, boarding in Franklin like she did back in 6th grade.  She graduated from Franklin High School in 1949 and married Gerald Yelken on September 17, 1950 at the Spring Valley Methodist Church.

For more than 30 years Roberta and Gerald lived and worked on the family farm where they raised three boys: Curtis, Kevin and David.  Over the years she worked at several jobs in Franklin, her last being a librarian at the Franklin Public Library.

Roberta was active in her local extension club, VFW and Legion Auxiliaries and Franklin Methodist Women.

She was preceded in death by her husband, her parents, her older sister, Renee, and older brothers, Eugene (Bud), and Enlowe, (Jack).

Memorials may be made to the Franklin Methodist UMW. Hutchins Funeral Home, Franklin, NE, assisted the Yelken family with these arrangements.

To order memorial trees or send flowers to the family in memory of Roberta Yelken, please visit our flower store.