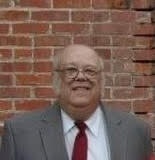 Robert Eugene Stephens was born August 2, 1940 on his family’s farm northwest of Alma, Nebraska to Gilbert and Goldean (Lunberry) Stephens, where he was raised with his two siblings a brother and a sister. He attended and graduated from high school in Huntley, Nebraska. Bob passed away at the age of 81 years at the Good Samaritan Colonial Villa, Alma on Tuesday, May 10th, 2022.

Bob met his wife Lela May (Conrad) Stephens in 1963 and later married that year on September 22nd. They had two children, Amy and Casey Eugene. He served in the United States Army as medic. He returned to Naponee where he raised his family. Bob worked several jobs before starting for the Franklin County Roads Department in 1967. He worked there for 41 years before retiring.

His passion has always been hunting and trapping, he truly lived for that time of year. He was always making adjustments to things to make them work better. Bob would make calls and trapping supplies and take them to trapper conventions. He would love to teach and give trapping advice to anyone who would listen.

Bob is preceded in death by his parents and his sister, Betty Cowan and her husband Glen. He left to mourn his wife Lela of 58 years; his son Casey Stephens and wife Debra of Naponee his daughter Amy (Stephens) Bradley and husband Todd; her three children: Danielle (Bradley) Dockwailer, husband Dex and their daughter Emma Jo; Mitchell and his daughter Elliot; Bridget Bradley; other relatives and many friends.

Graveside services and burial will be 2:00pm Thursday, May 12th, 2022 at the Naponee Cemetery with Pastor Scott Randall officiating. Burial will follow with Military Honors conducted by the US Army Honor Guard and American Legion Post No. 364 of Naponee. Viewing without family will be Wednesday, May 11th from 4:00pm to 8:00pm at Hutchins Funeral Home, Franklin, Nebraska. Memorials may be made to the Family’s choice to be designated later.

To order memorial trees or send flowers to the family in memory of Robert "Bob" Stephens, please visit our flower store.

Family will not be present.