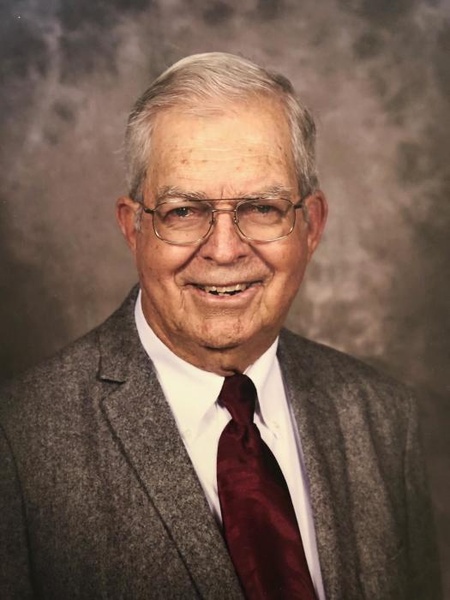 VISITATION WITH FAMILY WILL BE AT FRANKLIN METHODIST CHURCH NOT AT THE FUNERAL HOME!

He was born on March 5, 1934, in Red Cloud, NE, to Claud and Mae (Kness) Overleese. When Bob was a young child, he spent time in the hospital in Lincoln being treated for Polio. Even though he had suffered from this disease, he never let it interfere with his love of farming.

Bob graduated from Franklin High School with the Class of 1952. Following graduation, he was engaged in farming which was his lifetime career. He had a passion for Allis Chalmers equipment, his cattle and crops. His farm ground was watered from the Bostwick Irrigation Canal which was constructed for irrigation in the early 1950s.

On May 26, 1956, he married the love of his life, Darlene Kugler in Macon, NE. Darlene was his partner on the farm for many years. They were blessed with four children—Pat, Roger, Tom, and Mike. The family was awarded an Ak-Sar-Ben Pioneer Farm Award for owning the same farm for 100 years. Some of their land has been in the family since 1882.

Those left to cherish his memory include his wife of 63 years, Darlene of Franklin; Daughter, Pat (Fernando) Reyes of Grand Island; Sons, Roger (Ann) Overleese of Axtell; Tom (Lisa) Overleese of Republican City; and Mike and his special friend Carol of Riverton, along with her 4 children and 13 grandchildren.

He was preceded in death by his parents Claud and Mae Overleese; his father and mother-in-law, Alfred and Sarah Kugler; sisters-in-law, Laura Overleese, Bertie Kugler and Gladys Kugler; brothers-in-law, Merlin, Gerald and Elton Kugler, and Roy Roberts.

To order memorial trees or send flowers to the family in memory of Robert Overleese, please visit our flower store.