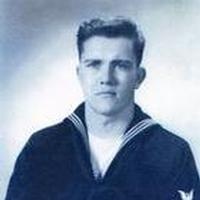 He graduated from Bloomington High School in 1956, and
entered the U.S. Naval Air Corps in the fall of 1956 where he spent seven years. His
rank was E7, and he was discharged in the fall of 1963. He completed the Navy Electrical
Science and Engineering program, and after leaving the navy in 1963 he worked for
Precision Monolithics in Santa Clara, California for two years, then he went to work for
IBM Corporation in San Jose, California. He retired from IBM, after 27 years, in 1992.

Ray leaves his son, Todd Raymond White and his wife and three children who live in Chula
Vista, California, and he leaves his daughter, Kimberly Ann White-Godhino and her husband
and new baby, who live in Folsom, California. He also leaves two sisters, Christine and
Ann, as well as nieces, nephews, and great nephews.

He was a member of the IBM Quarter Century Club, the American Legion, the Navy Patron 50
Blue Dragons, the Navy Mariner/Marlin Association, the Valley Gun Club, the North
American Hunting Club, and the NRA. He loved hunting, fishing, and history, he was a
hobby naturalist and archeologist, and he especially loved being a grandfather.

To order memorial trees or send flowers to the family in memory of Raymond White, Jr., please visit our flower store.