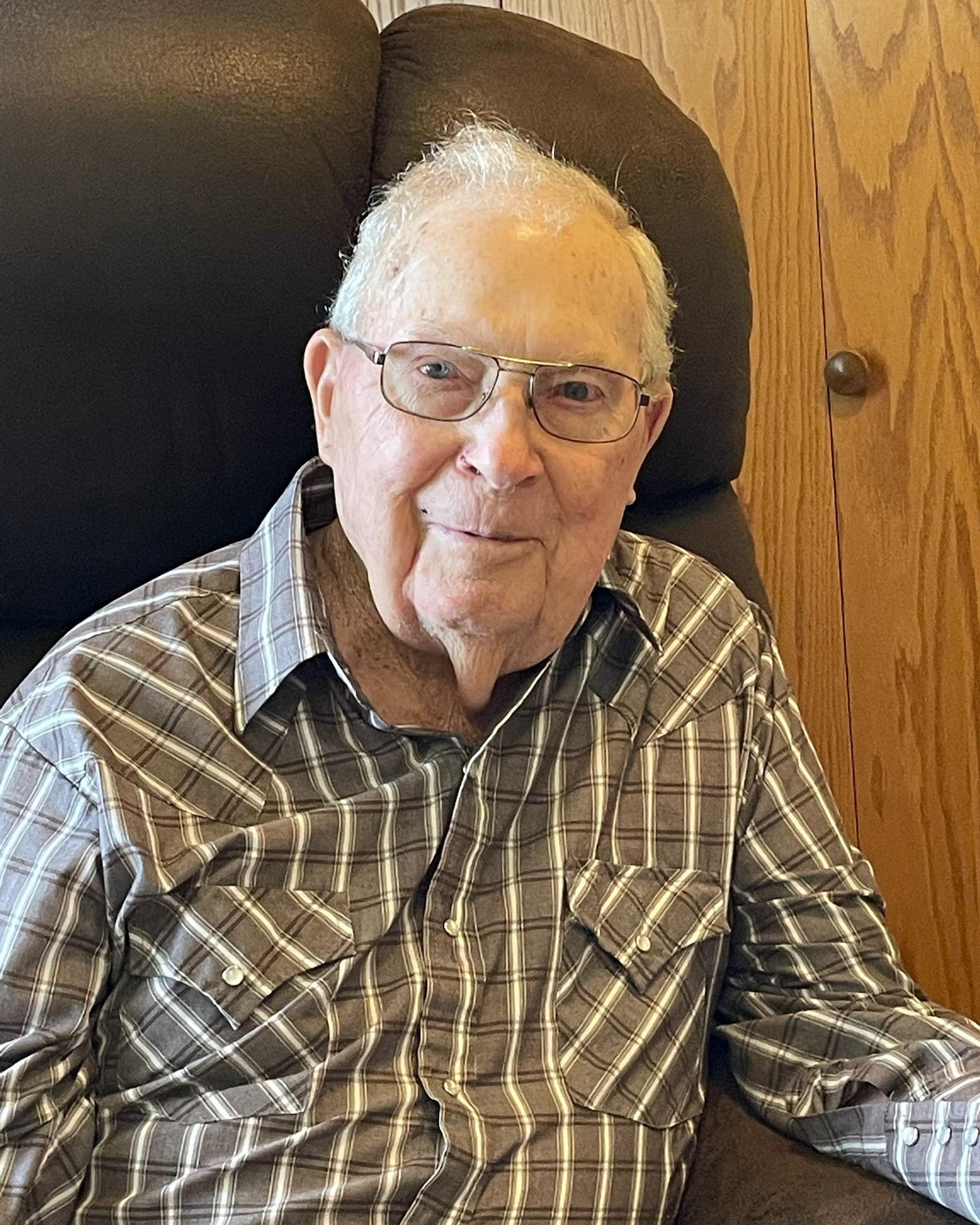 Memories may be made to the Family's Choice to be designated later.

Ray Haussermann, age 93, passed away on Friday, December 9th, 2022 in Alma, Nebraska. Ray was born on February 9, 1929 to Henry and Helen (Rebman) Haussermann on the family farm near Bloomington.  Ray attended District 16 Country School through the eighth grade, graduating from Bloomington High School in 1946.  He immediately began building his farm operation, having helped with the family farm after his father’s passing in 1945.  On May 15, 1949 Ray was united in marriage to Vera Berlie at the Bloomington Methodist Church.  The couple lived on their farm near Naponee where they raised their family until moving to Franklin in 1977.

Community involvement was important over the years, having served on the Naponee School Board, Franklin County FHA Board, Bloomington Township Board and Farmer’s Equity Exchange Co-Op Board.  Ray was a member of the Bloomington Methodist Church, transferring to the Franklin Methodist Church when the Bloomington church closed.  Ray continued to work in “retirement”, helping with Kort-Dallman Auctions and mowing the Greenwood Cemetery for the City of Franklin.  Ray enjoyed being a member of the Macon Lions Club and looked forward to the meetings, fundraisers and annual auction.

Ray loved farming, a love that was passed down to his son, Lynn, and grandsons, Jason and Brett.  He was particular about how things were done and loved to help with fall harvest up until his move to Assisted Living in 2019.  Farmall tractors were his favorite “red” machine, and he would tell you “If it ain’t red, leave it in the shed!”   Fishing was a favorite pastime that he shared with family and friends.  Time at the lake was his relaxation, even if the fish didn’t bite.  After his move to Franklin, gardening and sharing his bountiful produce brought him joy.  Many friends were recipients of cantaloupe, cucumbers and radishes.  He enjoyed traveling, a trip to Alaska, tour of the Southwest and a cruise down the Mississippi were highlights.

He is preceded in death by his parents; wife, Vera and brothers, Ivan and Alvin.

To order memorial trees or send flowers to the family in memory of Ray Haussermann, please visit our flower store.

Family will not be Present