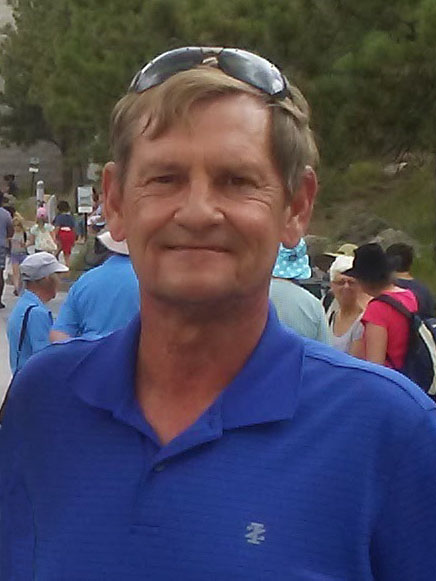 Service will be lived streamed on the Hutchins Facebook page.

Randy attended school in Franklin where he graduated with the Franklin High School class of 1970.

On November 1, 1970 Randy was united in marriage to Pat Deisley. To this union were born Troy and Mindy. On July 28, 1979, he married Karen Ellsworth. They had two children, Wendy and Jason. Arial was born to Randy and his significant other Kendra Steiner. Randy was with his girlfriend Dee Reinhardt of 12 years.

After high school, Randy worked as a mechanic and salesman at Franklin Motor Company, the Ford Mercury dealership. He held part-time jobs throughout the years, at Gambles, Hutchins Funeral Home, among others. Randy worked at the Franklin County Memorial Hospital for 32 years as the maintenance director and x-ray technician.  After retirement Randy worked part-time for the Golden Age Village. Randy joined the Franklin Volunteer Fire Department in 1971 and was one of the original members of the Franklin EMS squad in 1973, and proudly served for nearly 50 years. Randy taught generations of people how to save lives as an EMT instructor. One of his proudest moments in public service was in 1991 when he, his father Lyle, and his son Troy, all 3 served on the EMS squad in Franklin.

Randy enjoyed stock car racing and golf. He raced stock cars locally in his younger years and his kids remember him falling asleep on the sofa as he watched Sunday afternoon Nascar races. Randy looked forward to the annual Father’s Day golf tournaments where he would golf with his dad and children. Randy especially enjoyed golfing several area golf courses with Dee Reinhardt using his golf passport.

A Memorial Service in honor of Randy’s life will be held 2:00pm, Saturday, November 13th, 2021 at the United Methodist Church, Franklin, Nebraska with Pastor Rodney Heilbrum officiating. Private family inurnment will be in Naponee City Cemetery. Memorials may be made to the Franklin EMT’s and Fire Department. Hutchins Funeral Home, Franklin handled these local arrangements.

To order memorial trees or send flowers to the family in memory of Randy Stover, please visit our flower store.