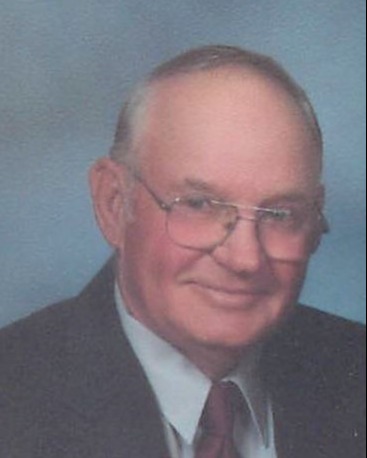 Randall (Randy) Dallman passed away peacefully, surrounded by his family at the age of 86 years, 9 months, and 8 days at the Arbor Care Center in Franklin, Nebraska.  Services will be at 10:00 a.m. on the 31st of December, 2022, at the Macon United Methodist Church with Pastor Rod Heilbrun officiating.  Burial will be at the Macon Union Cemetery.  Visitation will be on Friday, December 30, 2022, from 6:00 p.m. to 8:00 p.m. at the Hutchins Funeral Home in Franklin, Nebraska.

Randy was born in Minden, Nebraska, on March 20, 1936, to Harmon E & Francis (Minnick) Dallman.  Randy grew up on a farm northwest of Macon.  He attended grade school at District #25 Sunshine School in Franklin County.  He graduated from Hildreth High School in 1953.

Randy was united in marriage to Elvera Rocker on May 26, 1956, at St. Peter’s Lutheran Church in Hildreth, Nebraska.  They were blessed to have 66 years of marriage together.  To this union, three children were born, Sheryl, Dudley, and Bradley.

Randy and Elvera started their married life on a farm southeast of Macon.  Randy loved everything about farming.  The family operated a dairy a number of years. After selling the dairy, they did custom feeding cattle for several years.  Randy enjoyed working with the cow/calf herd as long as health permitted.

Randy loved a good story and liked telling them.  He will be remembered as the community Santa Claus for 55 plus years for which he received the Admirals of the Nebraska Navy Award.  December was the best time of the year for him seeing all the excited children.  Randy and Elvera received the Aksarben Good Neighorhood Award in 1983.  They were leaders of the Macon Go-Getters 4-H Club and the Methodist Youth Group.  Randy served on the Upland Coop Board, Macon School Board District #9, and the Macon Township Board.

Memorial gifts will be designated at a later date.

To order memorial trees or send flowers to the family in memory of Randy Dallman, please visit our flower store.