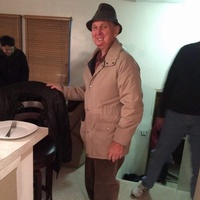 Paul was born in Solomon, KS on June 5th, 1934 to Paul and Vera Eisenhauer. Paul graduated high school from Naponee, Nebraska in 1952. He went on to graduate college from Hastings in 1956. Paul began his teaching career at Franklin High School, “Home of the Flyers,” where he was also the football coach.

Paul united into marriage with Joyce Paulsen on April 10th 1959, added to their union two children, Steven and Deidra Eisenhauer. They moved to Omaha and Paul began his teaching career in the Omaha Public School System at South High in 1963 as a physics teacher and head football coach. He coached through the season of 1969 and focused on the classroom for the rest of his career, retiring in 1997. Paul continued teaching physics for two years at Metropolitan Community College after his retirement. During Paul and Joyce’s retirement they enjoyed traveling the country in their camper, visiting family and friends.

A celebration of life service for Paul Eisenhauer was Saturday, December 8, 2018 at 10:30 a.m., at the Hutchins Funeral Home, Franklin, Nebraska, with Pastor officiating. Casket bearers were: Dustin Paulsen, Josh Paulsen, Nate Paulsen, Joe Crouse, Chad Paulsen, and Tom Paulsen. Interment followed the service beside his loving wife, Joyce in the Greenwood Cemetery, Franklin, Nebraska. Visitation will be Friday, December 7, 2018 from 9:00 am to 7:00 p.m. at the funeral home. The family will be present from 5:30 p.m. to 7:00 p.m. to receive friends and family. Memorials can be left at the funeral home in memory of Paul Eisenhauer. Online condolences can be left at www.hutchinsfh.com. Hutchins Funeral Home, Franklin, Nebraska was in charge of arrangements.

To order memorial trees or send flowers to the family in memory of Paul Eisenhauer, please visit our flower store.