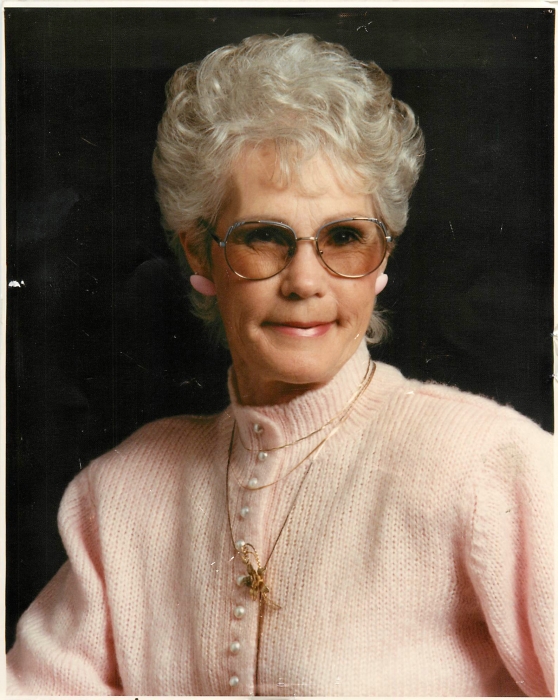 FAMILY WILL BE GREETING FAMILY AND FRIENDS AT HUTCHINS FUNERAL HOME, FRIDAY, MARCH 11TH FROM 6:00PM TO 8:00PM.

Patricia Louise Gifford passed away on March 5, 2022 at Arbor Care Center, LTC in Franklin, Nebraska at the age of 91.

Pat was the daughter of Pete and Bessie (Auterburn) Thompson, born October 4, 1930 on a farm near Bladen, Nebraska.

The first year of their marriage they lived south of Loop City, Nebraska on a farm. In 1954 they moved to Minden, Nebraska where they operated a Sinclair gas station and café. They relocated in 1956 to Central City, Nebraska where Pat worked as a waitress in Woody’s Café. They left Central City in 1958 and moved to Franklin, Nebraska where she once again worked as a waitress at Slim’s Café and later at Naden’s Pharmacy in the retail store and at the soda fountain. When Homer joined the Army Reserve 295th in 1966, they remained in Franklin for two more years, until Sheryl graduated from Franklin High, and then in 1968 they moved to Grand Island, Nebraska where Pat worked in an ammunition plant. When Homer returned from service in Vietnam from 1968 to 1969, they moved to Topeka, Kansas where she worked in a warehouse for Flemings Drug Distributor. They moved back to Franklin in 1990 where she remained until the time of her death.

She enjoyed a challenge of a good puzzle, playing cards and Sudoku. She loved square dancing, traveling and RV camping with numerous friends and family. It was her delight to take her grandchildren and children on a camping experience with them. In the winter months, after retirement, they travel south to Zapata, Texas in the RV to become “Winter Texans”, until health no longer let them.

Preceded  in death are her husband, Homer Gifford (December 31, 2003); three sisters Denelda Conway, Betty Krueger and LaVon Meyers and her brother, Orville Thompson; son-in-law Wendell Land; and a host of sisters-in-law and brothers-in-law.

Funeral services will be 11:00am Saturday, March 12th, 2022 at the First United Congregational Church, Franklin, Nebraska with Pastor Jay Towell officiating. Inurnment will be in Minden City Cemetery. Memorials to the family’s choice to be designated later. The family will be receiving family and friends on Friday, March 11th from 6:00pm to 8:00pm at Hutchins Funeral Home, Franklin, Nebraska.

To order memorial trees or send flowers to the family in memory of Patricia Gifford, please visit our flower store.