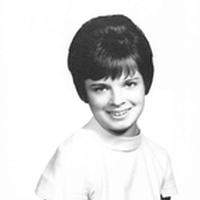 Nikki Lynn Nielsen was born August 13, 1951, to William O. and Darleen K. (Evers) Nielsen in Red Cloud, Nebraska, and entered into eternal rest, January 1, 2017, at the Good Samaritan Hospital, Kearney, Nebraska, with family by her side.
She was baptized and confirmed at the First United Methodist Church in Franklin, Nebraska. Nikki attended school at District 34 in Franklin County and graduated in 1969 from Franklin High School. Nikki graduated from Patricia Stevens Fashion and Business College in Omaha, Nebraska, in 1970.
She joined the United States Air Force in 1971. Nikki was a Fitness/Recreation Specialist and a Personnel Specialist. She received the Air Force Commendation Medal, the Air Force Good Conduct Medal, NCO Professional Military Education Graduation Ribbon, and National Defense Service Medal, and retired after 20 years of service.
In the spring of 1991 Nikki moved back to Franklin. She later worked in home health care with Good Samaritan Hospital in Kearney, Nebraska. Nikki also worked at Grandview Manor Nursing Home in Campbell, Nebraska, retiring in 2003. She enjoyed caring for the elderly.
Nikki enjoyed her pets, especially horses. She had a heart of gold and loved her niece and nephew; and her six great-nieces and great-nephews.
Due to failing health, in January, 2012, Nikki moved to the Golden Living Center Assisted Living in Franklin and later moved to the skilled nursing side. She lived there until the time of her death.
Nikki was preceded in death by her parents, William and Darleen Nielsen. She is survived by her sister, Paula and Rhn Jacobsen of Franklin, Nebraska; nephew, Peder and wife Kelcee Jacobsen of Franklin; niece, Jessica and husband Andy Goosic of Franklin; six great-nieces and great-nephews, Drew, Emma, Ava, Alexa, Audra, and Archer Goosic of Franklin; step mother Marge Nielsen, of Franklin, and a host of relatives and friends.
Funeral services for Nikki Lynn Nielsen, were held Friday, January 6, 2017, at 10:30 a.m., at the Franklin First United Methodist Church, with Pastor Anthony Trevarton officiating. Mrs. Connie Kahrs, was the organist. Inurnment followed at Greenwood Cemetery, Franklin. Memorials are suggested to the First United Methodist Church in Franklin. Hutchins Funeral Home, Franklin, was in charge of arrangements.

To order memorial trees or send flowers to the family in memory of Nikki Nielsen, please visit our flower store.