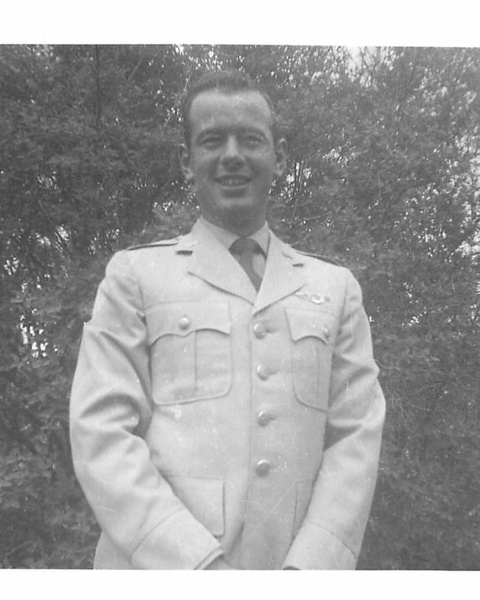 Neil Meade, age 87, passed away peacefully Tuesday, September 20th, 2022 at 3:00am in Omaha, Nebraska at the Methodist Hospital. His family was able to be with him September 19th.

Neil was born to Leola Boyce Meade and Floyd “Sandy” Meade January 19, 1935 in Franklin, Nebraska. He loved sports and stock car racing. In high school he earned the Babe Ruth Foundation Sportsmanship award and was crowned king at his Senior Class Prom.

After high school, he attended the University of Nebraska. During this time Neil decided to enlist in the United States Air Force and was stationed in Texas. At the end of his training, he was awarded the rank of 2nd Lieutenant and was a navigator/bombardier. He was assigned to the Strategic Air Command. One flight was to Spain and he took the opportunity to “run with bulls”. After he was honorably discharged, Neil joined the National Guard.

Following his discharge, he moved to Kenosha, Wisconsin and worked assembling and painting cars. He later returned to Franklin to help take care of his parents. Neil worked at S.E. Smith and Sons Lumber yard for many years. In his spare time he worked on antique cars and motors until his health became a problem.

Direct cremation was chosen and a family inurnment with military honors will be held at a later time. Memorials in his honor may be made to the Franklin County Historical Society or the Franklin Senior Center.

To order memorial trees or send flowers to the family in memory of Neil Meade, please visit our flower store.

Family inurnment at a later time