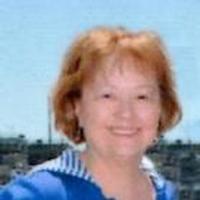 Nancy Ann Steinkruger, of Cambridge, Nebraska, was born on August 5, 1949, to Jack and Velma (Lipp) Siel in Red Cloud, Nebraska, and died suddenly on Tuesday, July 15, 2014, at Alegent Health Immanuel Medical Center, Omaha, Nebraska, at the age of 64 years, 11 months, and 10 days.

Nancy attended school at Franklin High School, graduating in 1967. She then attended the University of Nebraska at Lincoln, receiving a Bachelors of Education Degree. Nancy taught Elementary Education and Special Education over the years in Lincoln, Nebraska; Yankton, South Dakota; and Kearney, Nebraska.

Nancy and Roger W. Steinkruger were married June 5, 1970 at the Congregational Church of Christ in Franklin, Nebraska.

She was active in P.E.O. Chapter BC of Cambridge, Nebraska, and served as Treasurer and Guard; American Legion Auxiliary, Epsilon Sigma Alpha (ESA) Omicron Chapter Cambridge; Alpha Xi Delta Sorority of Lincoln, Nebraska. Nancy served on the Cambridge Housing Authority Board of Directors and attended the McCook Community Christian Church in McCook, Nebraska.

Nancy was a devoted wife, and loving mother of Matt and David. She enjoyed cooking and caring for her family and friends. Nancy was a supporter of and appreciated the arts, especially music and film. She was an avid reader, and enjoyed traveling.

Nancy is survived by her husband - Roger; two sons, Matt Steinkruger - University of Nebraska at Omaha, David Steinkruger - University of Nebraska at Lincoln; her parents, Jack and Velma Siel, of Franklin, Nebraska; four brothers, Steve Siel and friend Diana Hitesman, John and wife, Jo Siel, Richard, and wife, Margaret Siel, Todd and wife, Melinda Siel, all of Franklin, Nebraska; and a host of other relatives and friends.

Memorial services will be held at 10:30 am Saturday, July 19, 2014 in the Franklin Congregational United Church of Christ, Franklin with Pastors Clark Bates and Herman Keen officiating. Mrs. Debra James was the organist, and the congregation sang- "How Great Thou Art" and "On Eagles Wings." Honorary casket bearers were: Brendan McPherson, Jake Siel, Jon McPherson, Josh Siel, Luke Siel, Rich Delaney, Shane Siel, and Zach Siel. Inurnment will be in the Greenwood Cemetery - Franklin, Nebraska. Visitation will be held from 9:00 am to 7:00 pm Friday, July 18, 2014 at the Hutchins Funeral Home in Franklin. Memorials may be left to Franklin Congregational Church of Christ, McCook Community Christian Church, or the Tri Valley Medical Foundation with the funeral home in charge. Condolences may be left online at www.hutchinsfh.com. Hutchins Funeral Home in Franklin in charge of arrangements.

To order memorial trees or send flowers to the family in memory of Nancy Steinkruger, please visit our flower store.