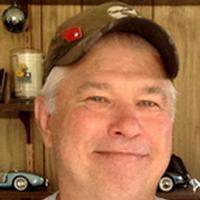 Myron Dean "Butch" Beck, 66, of Republican City, Nebraska passed away on Tuesday, March 14, 2017 at home, after a yearlong battle with cancer.

Butch was born February 18, 1951 in Crete, Nebraska. He attended public school in Wilber and Alma, Nebraska and graduated high school in 1969 from Norton, Kansas. He was employed at Right Way Grocery in Franklin, Nebraska before succumbing to his illness. Butchs' favorite past time was football. He was a diehard fan of the Nebraska Cornhuskers and the Green Bay Packers.

He was preceded in death by his father Victor Jr. Beck and brothers - Bud and Rod Brinkman.

Graveside Memorial Services will be held at the Czech Cemetery, Wilber, Nebraska, on Saturday, March 25th, at 11am. Online condolences can be left at www.huthcinsfh.com. Hutchins Funeral Home, Franklin, Nebraska was in charge of arrangements

To order memorial trees or send flowers to the family in memory of Myron Beck, please visit our flower store.