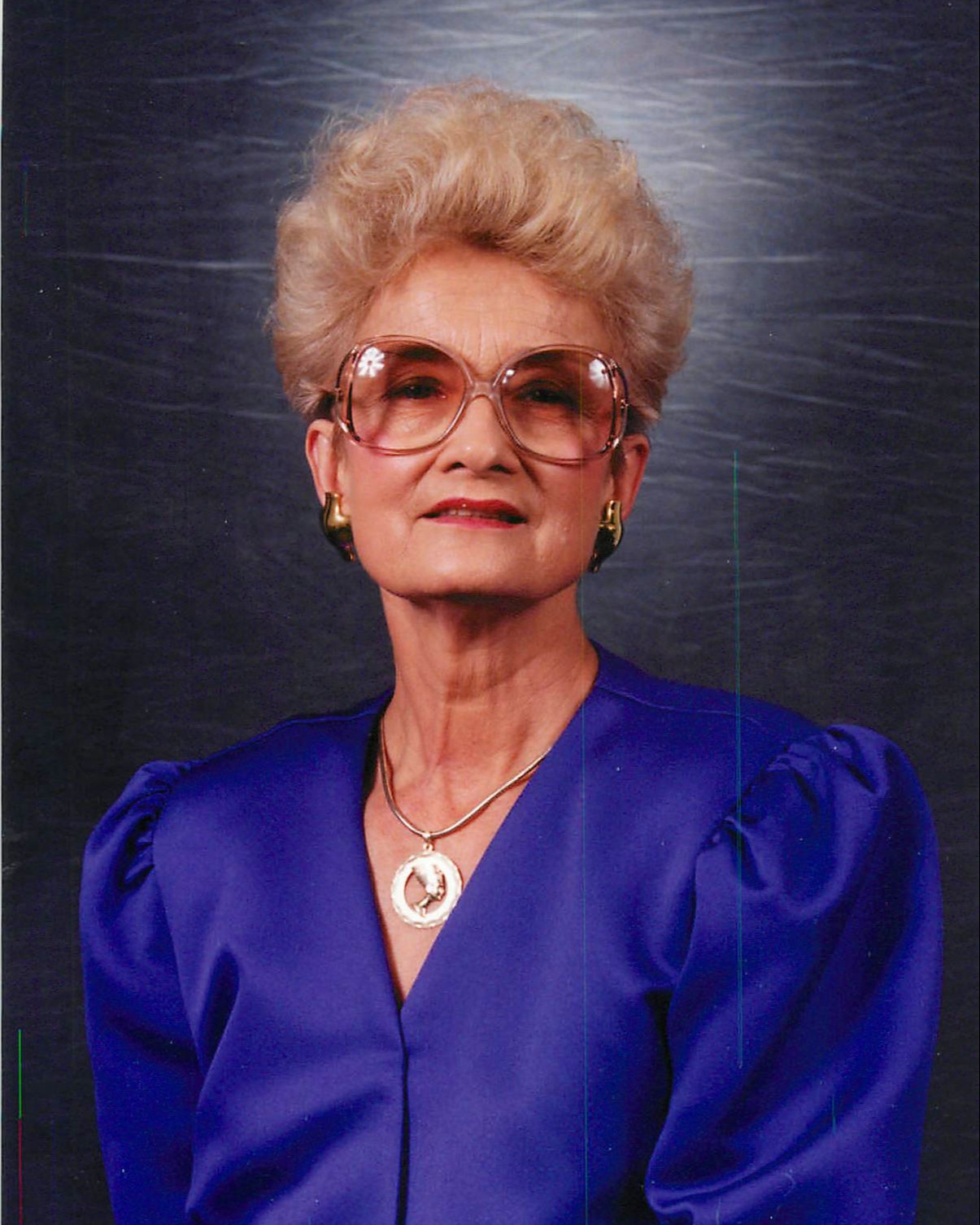 Maxine Ann Stover, daughter of George and Lilah (Hattan) Schnuerle, was born May 14, 1927 at Alma, Nebraska. Maxine grew up in the village of Naponee, Nebraska attending schools there and she graduated from Naponee High school with the Class of 1944.

On September 12, 1946 she was united in marriage to Lamoine L. Stover and to this union three children were born, Michael, Theresa and Gail. They lived in Naponee until Lamonie passed away in 1966. Maxine and family then moved to Franklin.

While living in Franklin, Maxine ran & operated the Rose Theater and also the Fashionette, the local clothing store. This little shop was sold and so Maxine moved to Kearney where she purchased the Bridal Shop.  She moved to Denver after selling her shop in Kearney.  In Denver she worked as management for the White Hall Jewelry Company retiring in 1998.

She then moved back to Oxford, Nebraska to be closer to her daughter Theresa. She was a member of the Oxford Methodist Church and the Alpha Phi Sorority of Alma. She did work as a volunteer at the Oxford Thrift Store. Maxine enjoyed flowers and making various floral arrangements. She enjoyed going skiing in the mountains when she had the chance. Most of all, Maxine loved her family, especially her grandchildren.

Early Thursday morning, December 29th, 2022 she passed away peacefully at the Colonial Villa in Alma, Nebraska at the age of 95 years. Maxine was preceded in death by her husband Lamonie, 1966, son Michael, 2009; sister Vera Wohleb, brothers Kenneth and Bill Schnuerle.

Direct cremation services were chosen and a family graveside at Greenwood Cemetery, Franklin, Nebraska will be held at a later date. Hutchins Funeral Home, Franklin assisted the Stover family with these arrangements.

To order memorial trees or send flowers to the family in memory of Maxine A. Stover, please visit our flower store.