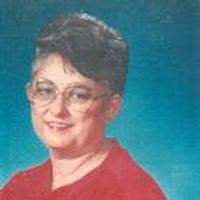 Marilyn Maxine (Kugler Erickson) Chisholm was born March 3, 1933 at her grandfather Daniel E Dyers farm 5 ½ miles from Franklin, Nebraska, to Alma Dyer Kugler and Melvin Leo Kugler. She only weighed 2lbs. but survived due to the intelligent coaching of her grandmother Dyer, and loving care of her mother and cousin Esther. Marilyn grew up under the care of her grandparents and mother (who taught in rural schools and attended college in Kearney.) Her parent's separated and later divorced. Marilyn attended school in district 68 till the 1st grade. Center Creek Bridge washed out and she had to transfer to district 5. She attended grades 2-6 there till the death of her grandmother. Prior to her death Alma had purchased a home in Franklin and had retired from teaching. Marilyn was moved to Franklin and attended school there 7th grade to graduation with the class of '51. Entering nursing training after graduation she attended Hastings College for a three year nursing course at Mary Lanning Memorial Hospital. Graduating in 1954 and taking the state boards she became a registered nurse. After her goals were met she married William A. Pervik USMC of Breckenridge Minnesota. The marriage later dissolved. Marilyn later married Myron Erickson on November 24, 1959 at the Lutheran parsonage in Watertown South Dakota. The couple farmed 3 ½ miles south of Delamere, North Dakota, till Myron's death in 1984. The couple was blessed with 2 sons Daniel N. and Doran A. and the care of several nieces and nephews, a neighbor's son and the home was never without the laughter of children.

On Feb 14, 1997, Marilyn married her childhood love and soul mate Victor E. Chisholm. Marilyn got to spend quality time caring for her mother, Alma from 1985 till her passing in 2003 at 91 years of age. Marilyn and Victor were happily married making their home in Franklin till his death in 2011.

Marilyn loved music and accomplished the piano, trombone, drums, and viola. She set her music aside for her family and profession. She worked at St. Francis hospital in Breckenridge Minnesota, St. Ansgar in Moorhead Minnesota, Red Cloud Community Hospital, Franklin Community Memorial Hospital, and Franklin Nursing Center. In North Dakota while living on the farm she did much home healthcare and taught red cross first aide in schools and served on a state committee on heart disease, and held blood pressure clinics at local churches. Marilyn was a lifetime member of Legion Auxiliary Post of Bloomington and past president for 11 years. She was active in her church Immanuel Lutheran serving as ELCW president, circle member, Sunday school teacher. She was also a life NRA Legends member. Marilyn was a member of the Red Cross, and AARP.

Funeral service for Marilyn M. (Krugler Erickson) Chisholm, will be (were) Thursday, January 30, 2014, at 3:00 p.m., at the Hutchins Funeral Home Chapel, Franklin, Nebraska, with Pastor Roger Frederick officiating. Mrs. Connie Kahrs was the organist, and the congregation sang "Amazing Grace" and "Blessed Assurance, Jesus Is Mine." Casket bearers were: Daniel Erickson, Doran Erickson, Zachary Erickson, Walt Manns, Tom Paulsen, and Dam Gilmore. Interment will be (was) in the Greenwood Cemetery, Franklin, Nebraska. Visitation is Wednesday, January 29, 2014 from 9:00 a.m. to 7:30 p.m. at the Hutchins Funeral Home, Franklin, Nebraska. The family suggests memorials to the donor's choice. Online condolences can be left at www.huthinsfh.com.

To order memorial trees or send flowers to the family in memory of Marilyn Chisholm, please visit our flower store.