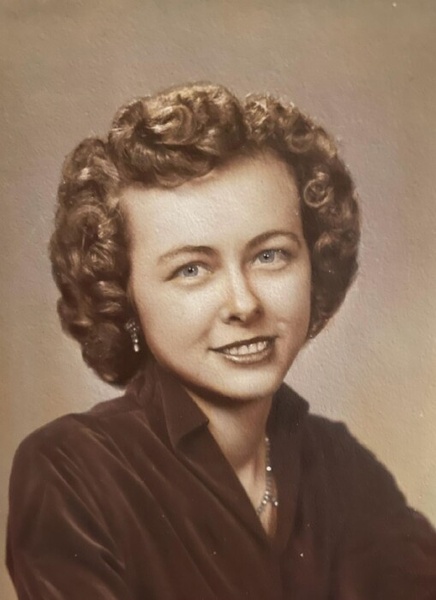 We will attempt to live stream the service for Mariann on Hutchins Funeral Home Facebook page.

Mariann Lee Davisson, daughter of August and Anna (Adam) Jesse, was born on February 24th, 1931, near Wilcox, Nebraska. She was one of seven girls. She passed from this life Wednesday, November 17, 2021 at her home in Franklin, Nebraska at the age of 90 years.

Mariann was baptized on March 15, 1931 at Redeemer Evangelical Lutheran Church, Wilcox by Pastor Paul W. Ludwig. Her baptism verse was Matthew 28:19, “Go ye, therefore and teach all nations, baptizing them in the name of the Father, and of the Son, and of the Holy Ghost.” She was confirmed on April 2, 1944 at St. Johns Evangelical Lutheran Church, Wilcox by Pastor C.A. Noffe. Her confirmation verse was John 6:68, “Lord, to whom shall we go? Thou hast the words of eternal life.” At the time of her death, she was a member of Grace Lutheran Church, Franklin.

Mariann lived on a farm near Wilcox while growing up. She attended Pleasant View Country School, Wilcox High School and graduated from Kearney State College.

Mariann was united in marriage to Delbert Westley Davisson on August 16, 1953 at St. Johns Evangelical Lutheran Church, Wilcox by Pastor E.L. Wittenburg. They had no children. After marrying, Delbert and Mariann made their home in Franklin, Nebraska. She taught school for 12 years, was part time clerk for the County Treasurer for 25 years and she and her husband ran a Jewelry Store in Franklin for 37 years. She and Delbert were very supportive of their town. She played the organ at church for 20 years and was a Sunday school teacher for many years. She also enjoyed boating, roller skating, ping-pong, and dancing.

Hutchins Funeral Home, Franklin, Nebraska was in charge of these arrangements.

To order memorial trees or send flowers to the family in memory of Mariann Davisson, please visit our flower store.