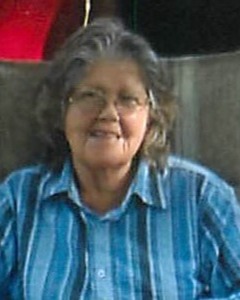 Lucille Lillian Tyler, age 90 of Franklin, was born June 10, 1932 to Edward and Bertha Lyon in Black River Falls, Wisconsin. She passed from this life Thursday, December 1, 2022.

Lucille had a sister Lavern, half-brother Jim and an adopted sister Betty. She had two sons Trev and Lee. Trev passed away in February of 2022, leaving his wife Sheri to carry on. Lucille married Frank (Bud) Tyler in 1982, joining his family of five sons and two daughters. Bud passed away this June 2022.

Lucille worked all her life at various jobs, most were Ag related and she always had her horses close by. She was the Wisconsin state barrel racing champion in 1972. She also competed in endurance horse racing with the highlight being, finishing the 100 miles in a day Tevis cup in 1978, a ride that only about half the entries will finish. Her last full time job was as manager for the Rush Creek Arabian horse ranch in Lisco, Nebraska. She had contacts all over the country selling horses for Endurance racing and ranch work. Lucille also spent many hours to find good homes for horses to live out their lives after being retired from working. She loved her horses, the horse people who owned them and the art of making the deals.

After retiring from the horse ranch, she worked for Cabela’s return facility in Oshkosh, Nebraska. Lucille and Bud moved to Franklin in 2005 to be closer to her son Lee and family, where she helped at his auto parts store doing whatever was asked of her.

She is survived by her son Lee Rybacki and his wife Cindy; Grandchildren Eric Rybacki and wife Michaela, their children Milo and Eli, Sara Buschow and husband Alex and their daughter Adaley. She is also survived by many nieces, nephews, step-children, step-grandchildren, and step great grandchildren.

At this time no services are being planned. Hutchins Funeral Home, Franklin assisted with these cremation services.

To order memorial trees or send flowers to the family in memory of Lucille L. Tyler, please visit our flower store.