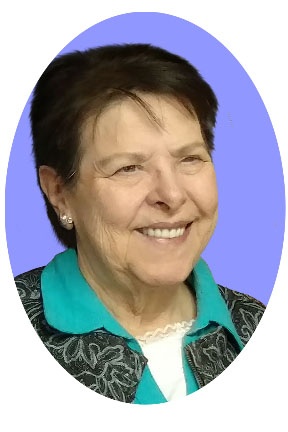 Leanna Joyce Dyer entered into eternal life with God on Friday December 25, 2020, at the Good Samaritan Village in Grand Island, NE. at the age of 73 years.

Leanna was born north of Franklin on a homestead on the Macon Prairie July 27, 1947 to Lloyd and Lois (Ramsey) Moore. Her family moved to a farm south of Bloomington, NE. where she was raised. Leanna attended a small country school for the first couple years, and then completed her education 3rd through 12th grades in Bloomington, graduating in 1965. Leanna was active in school. She was in vocal music, played volleyball, and was a cheerleader.

Leanna started dating her first love, Gary Boyce at an early age of 14. They married after Gary returned from serving in Viet Nam, on Sept. 24, 1967. The newlyweds made their home in Franklin, NE. where they were blessed with two children, a daughter, Renay, and a son, Darren. The couple owned and operated “Boyce’s Sinclair Service” fuel station for the next 21 years. She sold the family business after Gary passed in 1989.

Leanna remarried on December 27, 1990 to Ronald Dyer, and to this union gained five step children, Leslie, Melanie, Trevor, Monica, and Ashley. The couple farmed in Franklin, and Leanna worked and co-owned an embroidery business (S & L Moore & Assoc.) with her sister Sharron Worman for the next 6 years.

In 2003, Leanna lost her second husband, Ronald.  She retired and moved to Grand Island, NE. to be closer to her children. Leanna was a good mother, and grandmother. She loved to sing, was a great cook, liked to share and talk about recipes, and was an avid reader. One of Leanna’s favorite pass times was to read western’s aloud with her husband Ron. Leanna made friends easily, and always had a smile on her face. Leanna was a member of the First United Methodist Church in Franklin, Ne. and part of the Rebecca’s club.

Leanna is preceded in death by both parents, Lloyd and Lois (Ramsey) Moore, a sister, Maxine Roberts, a brother, Norman (Gene) Moore, and both husbands, Gary Boyce, and Ronald Dyer.

Memorials are to be given to the First United Methodist Church, in Franklin, NE.

Funeral services were held at First United Methodist Church in Franklin at 2:00 P.M. on Thursday, December 31, 2020 with Pastor Seong Lee officiating. Burial was at greenwood Cemetery in Franklin, Nebraska. Hutchins Funeral Home of Franklin is in charge of arrangements.

To order memorial trees or send flowers to the family in memory of Leanna Dyer, please visit our flower store.