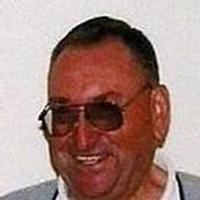 In 1933 his father, a World War I veteran, became ill and was sent to the Veterans Hospital in Fort Lyons, Colorado where he remained for 37 years. Three years later Lavern and his mother moved to his grandparent's farm southeast of Franklin where he loved spending time with his grandparents. Lavern and his mother moved to Franklin in the fall of 1938 when he started school. It was then that Lavern met his best friend - a neighbor boy by the name of Kenny Morrison - who stood by his side to the end. Lavern and Kenny kept each other in and out of trouble from elementary school to high school.

Lavern graduated from Franklin High School in Franklin, Nebraska in the spring of 1951. It was in 1954 that Lavern achieved his dream of owning his own gas station - Coles Standard Station. Lavern worked day and night at his station and it was not out of the ordinary for kids to want to go to Coley's station so they could pick out candy and pop. Lavern never met a stranger and if someone needed help as they were passing through town, a truck driver who blew a tire or a farmer needing to change his tractor tire - they knew they could count on Coley to help without any hesitation. Giving back to the community was very important to Lavern - he provided several high school boys an opportunity to work at his station.

June 23, 1963 Lavern married the love of his life, Sondra Bose. Sondra was always by Lavern's side in helping with the bookkeeping at the station and eventually taking care of their three children they were blessed with. Their son David, was no stranger to the station and loved spending time with dad at the station and riding in the tire truck. After selling the station to Co-op Lavern and Sondra bought the Dug Out Restaurant.

There are many grown children today that know Lavern not by his name or Coley but by Santa Claus. Lavern and Sondra loved playing Santa Clause and Mrs. Clause. Children's innocent belief and their sweet surprised faces were worth the 24 years of making several house calls to keep the spirit of Santa alive.

Lavern was a member of the Franklin Missionary Church where he faithfully served his Lord and Savior. Lavern was not afraid to express his faith to anyone. It was not uncommon for Lavern to ask you how your walk with Jesus was going.

Later in life Lavern loved spending time with his 5 granddaughters. Lavern liked to take the two oldest on rides to the country to see the cows. Lavern made special memories for the grandchildren by dancing silly at Christmas, buying way to many pumpkins to decorate, and always having treats to share.

Lavern will always be known for attempting to pull pranks on people and telling jokes. His sense of humor and smile will be missed dearly but we know that someday we will see him again.

Celebration of Life service will be held Tuesday, May 1, 2012 at 10:00 am at the Missionary Church in Franklin. Pastor James Wilson, Caleb Bislow and Kasey Loschen officiating.

Interment at Greenwood Cemetery in Franklin.

To order memorial trees or send flowers to the family in memory of Lavern "Coley"Cole, please visit our flower store.