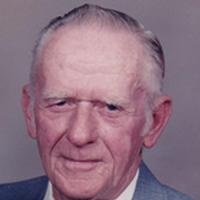 Kenneth E. Mankhey of rural Franklin, Nebraska / Smith County, Kansas, was born November 8, 1927, in rural Franklin County to Stephen Theodore and Anna Luella ("Lou") (Walter) Mankhey. He passed from this life to his heavenly home, Wednesday March 4, 2015, at his home. He was 87.

After high school Kenneth attended business college in Denver,CO for a short while.

Then in April of 1946 Kenneth joined the Army; a few days later volunteers were needed for airplane mechanics for the B-29's, to which Kenneth said 'yes'. This included transferring to the Air Force, 509th A-bomb division 715 Bomb Squadron.

He has shared of living in Roswell, NM, traveling to Puerto Rico, Philippines, Bahamas, Bermuda, Florida Keys, Oregon, & many other short hops.

After discharge from the Air Force Ken came home to help farm with his dad.

Ken enjoyed hunting, fishing, rock hunting, & prospecting in a 6 state region of the Rockies. He also enjoyed community and family history. He was president & state show chairman of the Hastings Rock & Gem Society.

Kenneth was a trustee of the German Township board for many years, member of American Legion post #0209, and Camp Joy board member. He also enjoyed Pleasant Ridge II (old Marran church) church activities.

Kenneth was also a lifetime (82+ years) fan of "Wheaties" (Breakfast of Champions).

He was preceded in death by his wife, Jean, his parents, an infant sister, and a step-grandson.

A celebration of life service for Kenneth E. Manhkey was held Saturday, March 14, 2015, at 10:30 a.m. at First United Methodist Church, Franklin, Nebraska, with Pastor Roger Frederick officiating. Interment will follow in the Greenwood Cemetery, Franklin, Nebraska, with Military honors provided by Nebraska Army National Guard, Franklin V.F.W. Post NO. 5757, and American Legion Post No. 209, Franklin, Nebraska. Visitation will be Friday, March 13, 2015, from 9:00 a.m. until 7:00 p.m., with the family receiving friends from 5:30 pm to 7:00 p.m. at the funeral home. Online condolences may be left at www.hutchinsfh.com. Hutchins Funeral Home, 1402 M. Street, Franklin, Nebraska 689939, was in charge of arrangements. The family suggests memorials to the Camp Joy, in care of the family.

To order memorial trees or send flowers to the family in memory of Kenneth Mankhey, please visit our flower store.