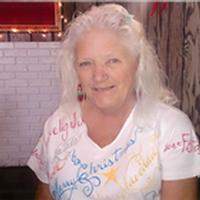 At 18 years of age, she married Lynn Elvin Pedersen, and to this union, six children were born. After 18 years, they divorced.

Joline moved to Massachusetts with 5 of her children. After many years, and a few moves back and forth, she settled back in her home town of Ravenna. She battled breast cancer, a mastectomy, chemotherapy, radiation and reconstructive surgery and won during this time.

She married Phillip Avery in Ravenna, Nebraska in 2000. After several moves, she and Phillip made their home on acreage near Cedar, Kansas. She was in para-education for over 10 years at various schools in the area.

She suffered a major heart attack, open heart surgery and quintuple bypass surgery and again persevered. In 2015, Phillip and Joline moved to Franklin, Nebraska. Joline endured another heart surgery, but with accompanying complications, she just wasn't able to recover.

Joline was an avid and talented artist and seamstress, loved gardening and the outdoors. Reading, music, cooking, crocheting, and knitting, crafts, and traveling rounded out her other interest.

A celebration of life service for Joline Reneé Avery will be (was) Saturday, March 26, 2016, at 11:00 a.m., at the Evangelical Free Church, Franklin, Nebraska, with Pastor Jim Hossler officiating. Mrs. Connie Kahrs will be (was) the pianist and the congregational hymns will be (were) "Amazing Grace" and "Old Rugged Cross." Visitation will be (was) Friday, March 25, 2016, at the Hutchins Funeral Home, Franklin, Nebraska from 9:00 am to 7:00 p.m. Joline has requested cremation after the service. The family suggest memorial donations be made to the family for final expenses.

To order memorial trees or send flowers to the family in memory of Joline Avery, please visit our flower store.