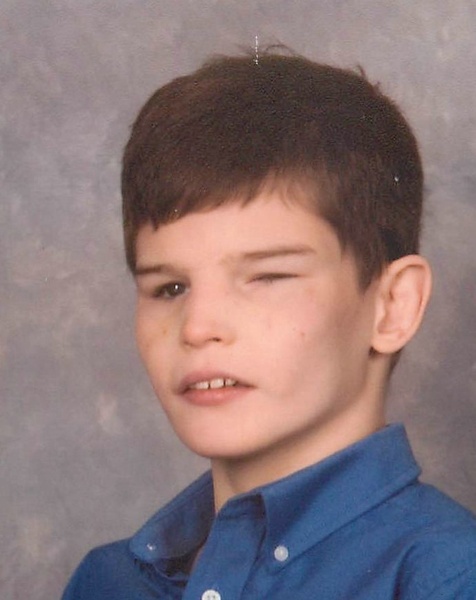 Our Joel Samuel was born on March 18th, 1993 in Omaha, Nebraska to Scott and Karen (Lovewell) Sweet. He was baptized with his brother (Matthew) and father (Scott) on June 16th, 2010 at Franklin United Methodist Church. Joel attended school and graduated from Franklin high in 2012. He also graduated at the Nebraska Center for the Education of Children who are Blind or Visually Impaired in Nebraska City, Nebraska.

Joel enjoyed four wheeling, camping, listening to the race car, riding in the Camaro with his brother and dad, spending time with his mom, but most importantly he had a strong love for being with his family.

Joel, 29, passed from this life on Sunday, July 10th, 2022 surrounded by his family at the Franklin County Memorial Hospital. He was preceded in death by his grandparents Max and Lois Lovewell and grandfather Lee Roy Sweet.

Joel will be forever remembered by his parents Scott & Karen Sweet; brother and sister-in-law Matthew and Shyann Sweet along with his niece Savannah on the way; his great grandmother Mildred Daniels; grandma Helen Sweet; aunt Patricia Johnson, aunt Nancy Stramel; and uncle Robert Lovewell. He will be also remembered by his seven cousins and eleven second cousins.

Private family funeral services and inurnment was held Friday, July 15th, 2022 with Pastor Kasey Loschen officiating at Hutchins Funeral Home, Franklin, Nebraska. Memorials should be made to the Franklin EMTs in care of the funeral home.

To order memorial trees or send flowers to the family in memory of Joel Samuel Sweet, please visit our flower store.