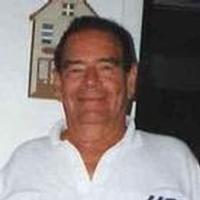 Jim J. Holland was born on September 14, 1929 to Clyde Jack and Wanda (Doop) Holland at Hutchinson, Kansas . He graduated from Hutchinson High School. He served our country in the U.S. Navy from January 27, 1947 to September 13, 1951. Jim worked as a Carpet Mechanic for most of his life. He loved the outdoors and enjoyed hunting and fishing.

Jim is survived by his loving spouse Barbara of Franklin; daughters; Cindy Mitts of Johnstown,Col., Diana Osenbaugh of Franklin, Linda Allen of Antioch, Ca., Mary Cown and husband John of Franklin and son Michael Osenbaugh and wife Sharon of Denver, Col. 22 grandchildren, 33 great grandchildren and a host of friends.

As Jim had requested no services are planned.

Online condolences can be given at www.hutchinsfh.com.

To order memorial trees or send flowers to the family in memory of Jim Holland, please visit our flower store.