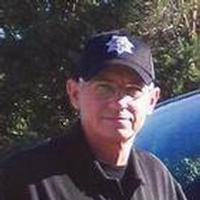 Jeffrey R. "Jeff" Billiar, 58, of Upland passed away Saturday, April 13, 2013 at Franklin County Memorial Hospital in Franklin after an accident. He was born on February 25, 1955 in Ames,
Iowa to Dr. Robert and Shirley (Jensen) Billiar.


Jeff grew up in South Sioux City, Nebraska. He graduated from South Sioux City High school in 1973. After high school he became a Certified Respiratory Therapist Technician. He met Debra Thompson at St. Lukes Hospital in Sioux City, Iowa. They were married on May 23, 1986 in Beaumont, Texas. They lived in McCook, Gibbon, Valentine, Wakefield, and Upland.

He graduated from the Law Enforcement Training Center in Grand Island, and was certified, in 1997. He worked in law enforcement in the cities of Valentine and Wayne, NE and in Dixon, Colfax, and Franklin Counties in Nebraka.


Edie Ann was the joy of his life . She came to live in the Billiar home in 1994 and was adopted in 1996. Edie and her father, spent time together in the workshop making things, such as bird houses, various feeders, and 4-H projects. Jeff enjoyed working on his acreage, fishing, gardening and restoring his classic car (Nova).


Jeff was preceded in death by his mother, Shirley A. (Jensen) Adams and his grandparents.


A celebration of life service for Jeffrey R. "Jeff" Billiar will be held at 2:00 p.m. Tuesday, April 16, 2013, at the United Methodist Church, Franklin, Nebraska, with Pastor Nancy Leonard officiating. Interment will be in the Macon - Union Cemetery, Macon. Family will be greeting friends from 7:00 pm to 8:30 pm in the Hutchins Funeral Home in Franklin, Nebraska. The family suggests memorials be given to the family and charities will be named later. Condolences may be left online at www.hutchinsfh.com. Hutchins Funeral Home in Franklin is in charge of arrangements.

To order memorial trees or send flowers to the family in memory of Jeffrey Billiar, please visit our flower store.