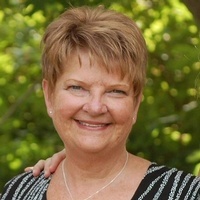 Jeanine Ruth Neitzke of Bloomington, Nebraska, was born on May 13, 1951, in Plainview, Nebraska. She was the daughter of Ronald and Veona (Johansen) Rasmussen. Jeanine died at her home on Wednesday, April 18, 2018, at the age of 66 years, 11 months, and 5 days.

On August 24, 1969, She married Larry Neitzke, at St. John's Lutheran Church, in Norfolk, Nebraska. She then went on to graduate from Norfolk Cosmetology School. They farmed for 24 years, and then moved to Granby, Colorado, for 23 years.

Jeanine enjoyed gardening, canning and her flowers. She also loved to go camping, boating, and fishing, and the Big Red and Bronco football games. Jeanine had an enormous love and devotion to all of her family.

She is survived by her husband, Larry, of 48 years; their children, son - Robert and wife, Katrina Neitzke of Eagle Rock, Missouri; daughters- Holly Allison of Franklin, Nebraska, and Becky and husband Newly Holmes of Naponee, Nebraska; her grandchildren - Tyler and Ashlynn Neitzke, Matthew and Joshua Price, Alexia and Curtlyn Neitzke, Teagan and Tate Holmes; her great-grandchildren - Carson and Warden Neitzke; brother-Kenneth and wife, Paula Sue Rasmussen of Norfolk, Nebraska; and a host of other relatives and friends.

Jeanine was preceded in death by her parents; one sister - Sharon Reichle.

A celebration of life service for Jeanine Ruth Neitzke, will be (was) Monday, April 23, 2018, at 11:00 a.m. at the Crossgate Community Church, Franklin Nebraska, with Pastor Kasey Loschen officiating. The hymns will be (were): "How Great Thou Art," "I Can Only Imagine," and "10,000 Reasons." Casket Bearers will be (were) Tyler Neitzke, Newly Holmes, Robert Neitzke, and Chad Pacheco. Inurnment will take place at a later date. Visitation for Jeanine Ruth Neitzke will be (was) Sunday, April 22, 2018 from 1:00 p.m. to 7:00 p.m. with the family present from 5:00 p.m. to 7:00 p.m. at the Hutchins Funeral Home, Franklin, Nebraska. The family suggests memorials to be given to the family and charities will be named later. Online condolences can be left at www.hutchinsfh.com. Hutchins Funeral Home, Franklin, Nebraska, was in charge of arrangements.

To order memorial trees or send flowers to the family in memory of Jeanine Neitzke, please visit our flower store.