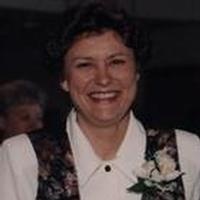 She joined the Nebraska Army National Guard and during her service, she met and married James Roland Arehart on October 6, 1979. To this union three children were born; Jeremy, Jonathan and Jennifer. She was a service to her country for nearly six years before being discharged on November 18, 1982.

Janitta later attended the University of Nebraska-Kearney and received a Bachelor of Science Degree in Nursing in 1996. Along with a dual degree in Recreation for the Elderly, she also became a Certified Legal Nurse Consultant in 2005. She is remembered for her awards in excellence: Member Sigma Theta Tau International Honor Society in Nursing (1996), Meritorious Service Award (2007), Nebraska Hospital Association-Kind and Caring Award (2007), William Doering Award of Excellence in Patient Service (2008), and her volunteer efforts with the Royal Family Kids Camp and the American Red Cross Disaster as a nurse.

She especially loved her family and looked forward to spending time with her husband and children on their boat out at the lake fishing and enjoying nature.

Janitta was preceded in death by her mother Evelyn.

To order memorial trees or send flowers to the family in memory of Janitta Arehart, please visit our flower store.