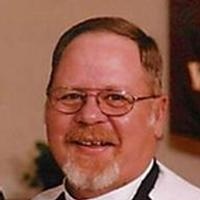 James Richard Ransom, 64 of Franklin, NE, passed away Tuesday, February 24, 2015 at the Franklin County Memorial Hospital in Franklin, NE. He was born in Kearney, NE, on October 11, 1950 to Gene and Bonnie (Montgomery) Ransom. He graduated from Kearney High School in 1969.

Jim married Ruth Falk on August 31, 1975 in Kearney, NE and to this union 3 children were born; Jennifer, Patricia, and Terri. He grew up and lived in Kearney until 1980 when he moved for his job with the phone company to Franklin, NE where he made his home.

He was a member of the United Methodist Church, the Franklin Rural Fire Dept. and EMT service, the Franklin Country Club, Boy Scouts and was an Eagle Scout. Jim was a charter member of the Blaze Blasters, and also won the Morris Shelton Lacroix Award while with the phone company for saving a man from a burning house.

Jim enjoyed the outdoors, especially deer and goose hunting, and fishing. He loved to entertain and was especially good at telling stories and jokes. Above all, he loved spending time with his grandchildren.

Those left to cherish his memory are his wife of 39 years, Ruth; his children and their husbands, Jennifer and Jerry Trompke of Franklin, Patricia and Ed Schurman of Franklin and Terri Wenninghoff and Chris Wenninghoff, both of Franklin; one brother, John Ransom of Kearney; and one sister, Jackie Mercer and husband Steve of Kearney.

Those also left to cherish his memory are his grandchildren, Cheyenne and Sheridan Trompke, Andrea, Katy, Brookelyn and Emily Schurman and Morgan, Lane, Callen, Tinley and Gunner Wenninghoff; and numerous nieces, nephews, family members and friends.

He was preceded in death by his parents, and an infant brother.

Funeral services will be held at the First United Methodist Church in Franklin, NE on February 27, 2015 at 10:30 AM with Pastor Roger Frederick officiating. Burial will be at the Greenwood Cemetery, Franklin, NE following the service. Visitation will be Thursday from 6:00 PM to 8:00 PM and at Hutchins Funeral Home. Memorial donations may be made in Jim’s name to the Franklin Rural Fire Dept. and EMT’s or the Cystic Fibrosis Foundation. Hutchins Funeral Home of Franklin, NE was in charge of arrangements.

To order memorial trees or send flowers to the family in memory of James Ransom, please visit our flower store.