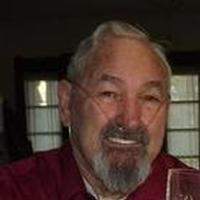 His father raised and trained draft horses. When Jim, was older the family moved to Poplar Bluff, MO, where Jim remained until enlisting in the U.S. Air Force. During his time in the service, he was stationed at the LAFB in Lincoln NE. as part of the 98th Air Refueling Squadron. While in Lincoln he met Martha Thompson. Jim and Marti were married July 20th 1958. Jim's chosen craft was in the field of sheet metal. He belonged to the local Sheet metal workers union in Lincoln NE and then moved to Seattle Washington, eventually vested in the international sheet metal workers union and specialized in copper work. After retiring, Jim and Marti moved back to Nebraska and bought a home in Upland where they remained. He was a very committed husband, father and grandfather. One of James main enjoyments in life was wood carving.

Those left to cherish his memory are his wife, Martha of Upland, NE; his children and their spouses, Caramella Kennedy-Goegen and Dan of Upland, NE, and Michael J. Prichard and Tamara of Graham, WA; and 5 grandchildren.

James was preceded in death by his parents; a son, Fredrick H. Prichard; a daughter, Sonya Prichard; and a sister, Grace Armes.

A Memorial Service will be held on Thursday, June 26, 2014 at 11:00 AM at the Fredericksburg Lutheran Church in Fredericksburg, NE with Pastor Nancy Cole officiating. Burial of ashes will be in the Fredericksburg Cemetery following the service. Memorials are suggested to the family to be designated at a later date. Condolences may be sent to Hutchins Funeral Home, or left at www.hutchinsfh.com. Hutchins Funeral Home of Franklin, Nebraska was entrusted with the arrangements.

To order memorial trees or send flowers to the family in memory of James Prichard, please visit our flower store.