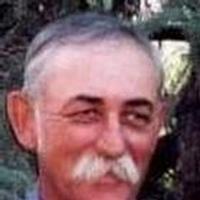 James Robert Moore (Jim) was born June 14, 1944 in Holdrege, NE to Roy and Edna (Scheve) Moore. He died on Friday, May 31, 2013 at Good Samaritan Hospital in Kearney, NE at age 68. He began school at Lone Star School District 50 then attended Bloomington Public School and Franklin Public School (Jr/Sr year) graduating in 1962. He attended the University of Nebraska and returned to Bloomington to pursue his life passion, farming.

On Sept 3, 1966 he married Bonnie Sibert in Red Cloud, NE. To this union were born three children. Through his life he was active in civic and community organizations to include the Jaycees, Farmers Cooperative Association, United Church of Christ Church Board, Franklin Rural Fire Protection District Board, Lower Republican Natural Resources District Board, and Franklin Lodge #264 A.F. & A.M.

Jim had a strong love and respect for his country, community, family, and the land he worked for 50 years.

Jim was preceded in death by his parents. He is survived by his wife of 46 years, Bonnie; daughter Lisa and husband Don Kros of Louisville, KY; daughter Lana and husband Phil Lenz of Cairo, NE; son Jason and wife Brittney of Woodward, OK; brother Tom and wife Sila of Bloomington; six Grandchildren, Justin and Andrew Kros; Mara Lenz; Mylee, Roman, and Harper Moore.

Memorial Services will be held at 10:30 am Wednesday, June 5, 2013 at the Congregational United Church of Christ in Franklin with Pastor Herman Keen and Pastor Norman Jelken officiating. Burial will be at the Greenwood Cemetery in Franklin, NE. Memorials may be given to the Rural Fire District.

To order memorial trees or send flowers to the family in memory of James Moore, please visit our flower store.