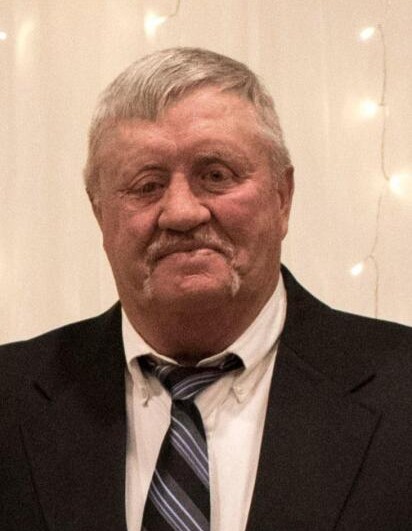 Jack Raymond Schriner, born June 11, 1956, died October 2, 2020. He is survived by his partner Kathy Carter, son Jon Schriner and wife Robyn Murray Schriner, son Joseph Schriner and wife Rochale Schriner, daughter Jade Everett and husband Nate Everett, his brothers Henry Schriner (Jill) and John Schriner (Linda), and sister Sandra Fegter. Jack had one grandson, Reed, son of Jon and Robyn. Kathy’s children, Carrie Carter Kolb and her children Levi & Haley & Katrina Carter Lengyel and husband Jason and her son, Aron.  He is preceded in death by his parents, Guy and Virdeena Schriner, and his brothers Sam Schriner and Ben Schriner and brother-in-law Terry Fegter. He will also be remembered by many nieces, nephews, cousins and friends that he considered family.

Jack grew up in Riverton, NE, a place he thought of as home no matter where he went. He was a lifelong cowboy, spending nearly as much of his life in the saddle as he did out of it. He loved his horses as much as, if not more than, the many people he knew so well and called his friends.

In his younger years, Jack was an accomplished athlete, excelling in baseball, wrestling, football, and multiple rodeo events. He was never shy and rarely saw a challenge he wouldn’t take on.

Jack always loved to hunt and fish. Chasing whitetail bucks and reeling in catfish were two of his favorite pastimes. He was an avid collector of anything he found interesting, from trinkets to books to guns.

Jack loved to help others. He was a man who knew how to get things. If he couldn’t find it, it most likely couldn’t be found. He could often be spotted helping anyone in the local agriculture economy who needed a hand. He worked cattle, baled hay, picked crops, built fence, and broke horses until, quite literally, the day of his sudden passing. Hardly a person who met him ever forgot him. He seemed to know someone anywhere he went and had a talent for turning acquaintances into friends.

Jack was exceedingly proud of his three children and made it a point to be present at all of their many activities and functions, even into their adulthood. He was a loving father who would drop everything to help a friend or family member in need.

After moving to Springfield, NE in 1995, Jack moved back to Franklin County with Kathy in 2017. He and Kathy purchased land in Riverton with the intention of living out their days in the village of his childhood.

His friends and family will remember him as a joker, a helper, and one of the toughest men in a generation.

Funeral services will be 10:30 am, Tuesday, October 6, 2020 at the Crossgate Community Church, Franklin, NE with Pastor Kasey Loschen officiating.  Burial will follow at the Riverton Cemetery, Riverton, NE.  Visitation will be from 5-8 pm with family greeting from 6-7 pm Monday, October 5, 2020 at Hutchins Funeral Home, Franklin, NE.  The family suggests memorials to the family and will be designated at a later date in care of the funeral home.  For online condolences, please visit www.hutchinsfh.com.

To order memorial trees or send flowers to the family in memory of Jack Schriner, please visit our flower store.