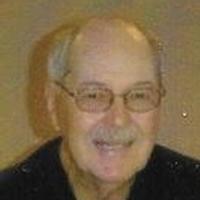 Harold was born on December 12, 1926, and grew up in Fairgove, MO, the oldest child born to his parents Roy & Cecile Eva Huff. He was brother to Daryl Dean and sisters - Melva Karleen Wegener, Nancy, who preceded him in death. Harold is survived by his sisters Carol Boitnott of Rantoul, IL, Darlene of Springfield, MO and Lanae McLaughlin of Hebron, NE.

Harold served proudly with the Navy in the South Pacific during World War II. After receiving his distinguished, honorable discharge at the end of the war, Harold took up one of his favorite pastimes, cross country motorcycle riding.

After his military discharge in San Diego, CA, Harold was riding cross country through Nebraska when he stopped by a town hall dance and met the love of his life, Alice Joan Paulsen of Tilden, NE. Harold was a loving, devoted husband to Alice in their marriage of over 50 years. He was her loving caregiver in the final year up until the time of her passing. Harold and Alice are survived by their two loving children; daughter Cynthia Huff of Sedona, NM and son Cary Huff of West Hills, CA.

Harold had many interests (such as photography), was an avid outdoorsman and excellent marksman. He often went on outings fishing, hunting and camping. He loved being on the water boating and fishing. Being a true family man, Harold always put his family and friends before himself. He was always happy to help those in need.

In the early years of the 50's (after a stint with Boeing in Wichita, KS) through his work in the growing aero space industry, Harold and his family traveled all over the USA as he worked as an inspector on federal government classified projects with the company Air Mod (soon to become Martin Marietta). In the early 60's, Harold settled his young family in Denver, CO while his children finished school.

Harold then began his work in oil and energy construction in the early 70's on the Oil Pipeline in Valdez, Alaska. That began a second phase of his career which saw him traveling all over the world on projects in South Africa, throughout South-east Asia and Saudi Arabia with Fluor Corporation based in Irvine, CA. A favorite pastime of Harold's was to collect artifacts and art from his travels.

Harold always retained a family home in Colorado during his career and through his retirement up until the time he and Alice moved to Franklin to be closer to both of their families.

Harold will be sadly missed by many surviving family members and friends.

Final Services are to be held at the Hutchins Funeral Home in Franklin, NE on Wednesday, October 26th. Services will begin at promptly 2:00 pm with Pastor Anthony Trevarton officiating. Mrs. Connie Kahrs was the organist. Military honors will be given in honor of Harold Huff by the United States Navy Reserve Honor Guard, Franklin American Legion Post No. 209 and V.F.W. Post No. 5757 of Franklin, Nebraska. Inurnment will be at Tilden, Nebraska, beside Alice at a later date. All family members and friends are invited and encouraged to attend.

To order memorial trees or send flowers to the family in memory of Harold Huff, please visit our flower store.