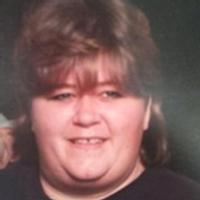 Glenda as a child went to grade school in Naponee, Nebraska, K thru 6th grade. Then she transferred to Republican City from 7th to her 11th grade year. The School at Republican City closed so Glenda then went to Franklin for her final year in school where she graduated in 1985.

Glenda resided in Naponee her whole life, until her health situation required her to be in and out of hospitals. Glenda resided in Alma, Nebraska at the Good Samaritan home for about a year to recover, then to Hastings, Nebraska to be close to her children.

Glenda loved to tell stories and making people laugh while drinking coffee with her French vanilla creamer. She enjoyed writing poems, playing in pitch tournaments, doing crossword puzzles, cooking, gardening and spending time with family and friends. She loved to watch Judge Judy every day, because she said she reminded her of her mother. Even in the roughest times and through her pain she always managed to make sure the ones she loved were taken care of and okay.

A memorial celebration of life service for Glenda Sue Manser will be (was) Monday, February 15, 2016, at 10:00 a.m., at the Hutchins Funeral Home Chapel, Franklin, Nebraska, with Pastor Scott Randall officiating. Music for the service was pre-recorded "In the Garden", Amazing Grace", "The Rose", "I'm Yours", and "Country Roads". Inurnment will be (was) in the Naponee Cemetery, Naponee, Nebraska. The memorials will be used for a marker and other expenses. Friends may sign the register book one hour before services at the Hutchins Funeral Home on Monday morning. Online condolences can be left at www.hutchnsfh.com. Hutchins Funeral Home, Franklin, Nebraska was in charge of arrangements.

To order memorial trees or send flowers to the family in memory of Glenda Manser, please visit our flower store.