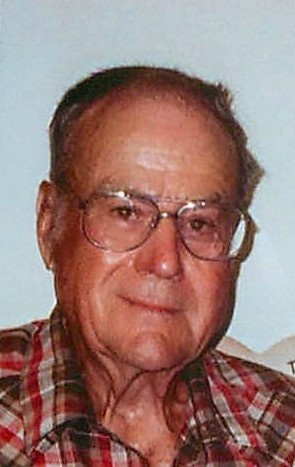 Direct cremation services were chosen. A MEMORIAL GRAVESIDE SERVICE WILL BE HELD 11:00 AM SATURDAY, MAY 7TH, 2022 AT GREENWOOD CEMETERY, FRANKLIN.

George was the son of Emil and Katherine (Lauber) Schmidt. He was a life-long resident of Franklin County.

Following his graduation from Franklin Public School in 1946 George enlisted in the United States Marines and served until 1948. When he returned home George married Ruth Yelken on August 14, 1949. They have two children, a daughter Dianne and a son Steven. While attending Kearney State College George was called back to the Marines due to the Korean conflict and served from 1950 through 1953. He was honorably discharged with the rank of corporal with the specialty of antitank gunner. In 1956 George enlisted in the United States Navy serving on the USS. Bremerton and the USS. Herbert J. Thomas. He was honorably discharged in 1960.

For a number of years George worked as a semi-truck driver and also worked at Cole’s gas station. In 1982 George was elected Franklin County Sherriff and served eight years until his retirement. He also served several terms as Commander of the Bloomington American Legion/VFW Post 145. George and Ruth and children lived in Franklin and then Bloomington. In 1979 George and Ruth moved to their home north of Franklin.

George lived his life with integrity, a sense of humor, kindness and knowing the value of hard work. He was the happiest when he could be out doors working in the yard and garden, or fishing. George will be greatly missed by all who were fortunate to know him.

Graveside Memorial services with military honors will be held 11:00am, Saturday, May7th, 2022. George will be laid to rest in Greenwood Cemetery, Franklin. Memorials may be made in his honor to the Franklin Fire and Rescue in care of Hutchins Funeral Home, Franklin, Nebraska.

To order memorial trees or send flowers to the family in memory of George Schmidt, please visit our flower store.

Lunch will follow at the home of Steve & Connie Schmidt