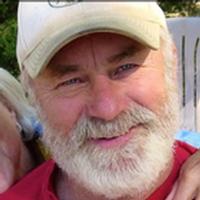 Gary Winston Holmes was born October 5, 1953 to Winston and Yvonne Kelly in Denver, Co. He passed away suddenly at his home in rural Franklin, Ne. May 6, 2016. He was raised by Norman and Mary Holmes and graduated from Adams City High School in Denver, Co.1971. Gary and Terry Silcott were united in marriage in 1971. To this union were born two sons, Norman (P.J.) and Newly (Jay) Holmes.

His curiosity and talent lead him to many occupations, heavy equipment operator, mechanic, business owner, security guard. He enjoyed working with his hands and creating projects. In 2004 he married Lana Rinehart Hansen and moved to Franklin county, Ne. where they made their home.

To order memorial trees or send flowers to the family in memory of Gary Holmes, please visit our flower store.