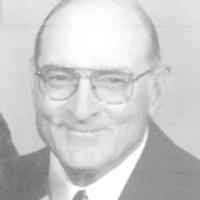 Services will be at 2:00 p.m. Sunday, January 8, at the Franklin Methodist Church with the Pastor Anthony Trevarton officiating. Burial will be at 3:00 p.m. Monday, January 9, at Prairie Home Cemetery in Holdrege with military honors by Holdrege American Legion Post NO. 66.

On June 13, 1954, he married Phyllis I. Johnson at the First United Methodist Church in Holdrege, NE. They made their home in Alma until Frank was drafted to the U.S. Navy in March 1956. He served in a helicopter anti-submarine squadron at Ream Field in San Diego and aboard the USS Boxer. He was discharged October 4, 1957, and completed his reserve status February 28, 1962. Upon their return to Alma, Frank worked for Joel Wiens and then attended Lincoln School of Commerce. He then worked for Ralph Stratton until they moved to Salina, KS, where he was a millwright foreman on the Atlas missile sites. In 1962, his dad became very ill and they moved to California to help him. Frank received training at the Sears Tech Center in Glendale, CA. He worked in Ventura, CA, and Salem, OR, on many appliances and as a refrigeration technician until his retirement in 1989. They then moved to Franklin, NE.

Frank inherited his love of sports from his dad Lloyd and his love of hunting and fishing from his step-dad, Francis Davis. He lettered four years in three sports in high school and played on Alma's basketball town team. While in the Navy, he was a member of the 11th Naval District champion basketball team. He was an avid trapshooter and won many honors in California, Oregon, Washington, and British Columbia. Frank was a Charter member of the Valley Gun Club in Franklin.

Frank loved fishing and hunting and made many trips to Oregon, Idaho, Utah, Colorado, Alaska, and British Columbia. He and Phyllis enjoyed many retirement years playing golf with family and friends. Frank cherished the fishing and hunting trips he made to Gunnison, CO with good friends.

Frank always had an opinion, and loved sharing it with others. When his health declined, special friends moved the coffee group to Frank's basement so he could continue to enjoy their camaraderie.

Frank always enjoyed his cousins and time spent with his in-laws. His nieces and nephews meant everything to him. He always had a good story to tell, a hug to give, and a smile to share. Frank never met a stranger and lived life to the fullest.

Frank was preceded in death by his father Lloyd and stepmother Lucy Wentling, his mother Irene and step-dad Francis Davis; sister Darlene Hawkinson and husband Ed; and other loved ones, including his beloved black lab Mike.

He leaves to celebrate his life his wife Phyllis, sisters-in-law Jean Johnson and Juanita Woollen, both of Holdrege, and brothers-in-law Dennis Johnson and wife Shirley of Franklin, and Rod Johnson of Kearney; many nieces, nephews, cousins, and friends.

Memorials are suggested to the Methodist Church or the Valley Gun Club both in Franklin.

To order memorial trees or send flowers to the family in memory of Frank Wentling, please visit our flower store.