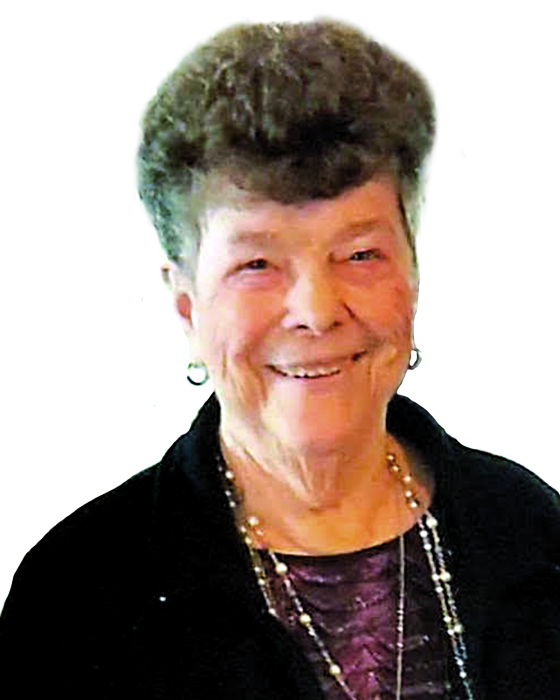 Eunice Ann (Fritson) Adam of Franklin died April 17, 2022 in Kearney.  Services will be 10:00am Thursday, April 21st, 2022 at Zion Lutheran Church in Macon with Pastor Marcia Dorn officiating.  Burial will be at Zion Lutheran cemetery in Macon.

Visitation with family will be 6:00pm to 8:00pm Wednesday, April 20, 2022 at Hutchins Funeral Home in Franklin. A prayer service for family and friends will be at 7:30pm.

Eunice was born December 2, 1935 in Macon to Carl & Lena (Schnuerle) Fritson.  Eunice grew up in the Macon area and was baptized and confirmed at Zion Lutheran Church.  She attended Macon school and graduated from Hildreth high school in 1953.  Eunice was a secretary at the Franklin County Extension Service after high school and once married spent the rest of her life working on and supporting the family farm.

On June 5, 1955, she married Harold Adam at Zion Lutheran Church in Macon.  Unto this union, five children were born: James, Jane, Evonne, Donna & Robyn.  The family made their home farming in the Macon area. In 1989 they moved into Franklin.

Eunice was well known for her yard and gardening skills as well as her love for music.  Eunice played piano/organ, sang and played for numerous weddings and funerals throughout her life.  When she was not playing the organ at church she could be heard throughout the sanctuary singing the hymns (her beautiful voice carried). She spent her free time watching her grand and great grandchildren at their school and sporting activities.

Eunice was a member of the Zion Lutheran Church in Macon where she was actively involved throughout her life and will be most remembered as the church’s organist.

Memorials in lieu of flowers are suggested.  Eunice requested memorials be donated to the Nebraska Kidney Foundation or the Zion Lutheran Church of Macon.  Eunice wanted to be an organ donor and encourages you to prayerfully consider this gift of life.

To order memorial trees or send flowers to the family in memory of Eunice Adam, please visit our flower store.