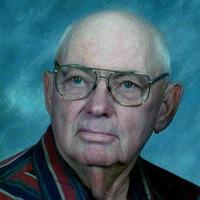 According To Gene's wishes, his body was donated for anatomical study. No public services are planned at this time.

Eugene Earl “Doc” Murphy, passed away peacefully, surrounded by his family, Saturday, November 30th, 2019 in Franklin, Nebraska at the age of 87 years.

He was born November 24, 1932 at Munden, Kansas to Lloyd and Ferne (Nixon) Murphy. Eugene attended school in Munden, Kansas. After high school, Eugene enlisted in the US Navy, where he was a corpsman stationed on the USS Rochester, during the Korean Conflict. After his service, he attended Fairbury Jr. College. There he met the love of his life, Kathleen Bailey. They were united in marriage, July 20, 1957 in a small white church on the edge of town in Gilead, Nebraska.

Eugene graduated from Kansas State University, with a Doctorate Degree in Veterinarian Medicine. After graduation, he moved his family to Franklin, Nebraska in 1962, where he purchased a mixed animal practice, emphasizing in large animal medicine. Eugene built Franklin Animal Clinic, in 1966, on the homestead north of Franklin. Eugene retired in 2000. After retirement Gene and Katie, wintered in Rockport, Texas.

He was preceded in death by his parents; sister and brother-in-law Dee and Bob Dugdale; brothers-in-law George Janasek and John Horak; nephew Curtis Murphy; and granddaughter Alyson Murphy

To order memorial trees or send flowers to the family in memory of Eugene Murphy, please visit our flower store.