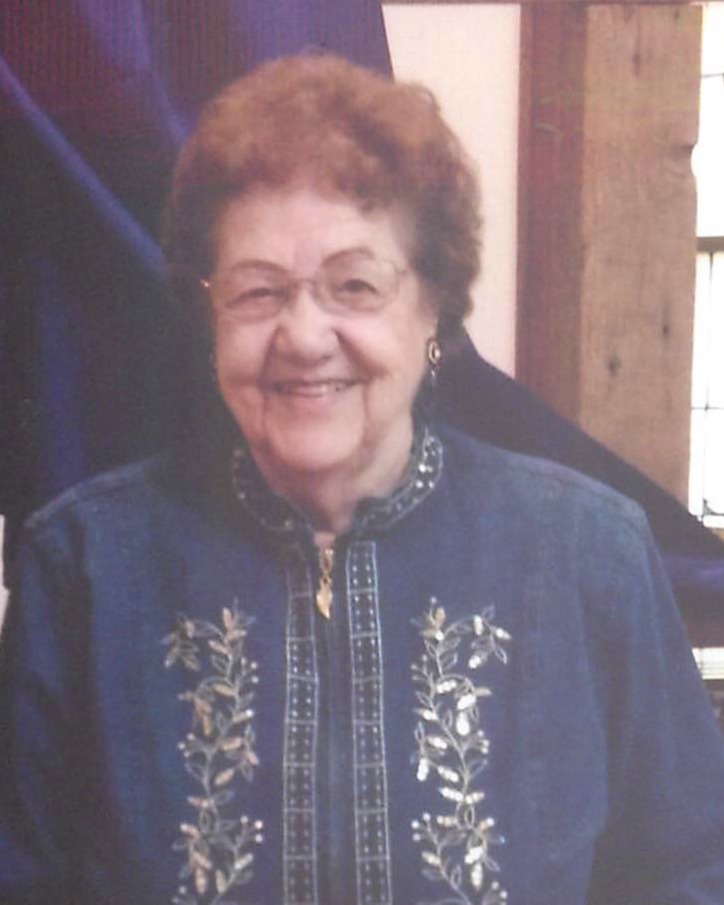 Ellen Lutkemeier-Barker-Blank , age 97 passed away peacefully Monday, October 10, 2022 at Legacy Estates in Lincoln, Nebraska. She was born on a farm on November 12th 1924 to William and Irene Lutkemeier, near Holstein, Nebraska. She attended elementary school at District 49, called Shellhammer, the first two years of high school she attended at Holstein and finished her junior and senior years at Campbell High school, graduating in 1942. During her senior year, she stayed with her grandad August Sr Lutkemeier along with her two other cousins Thelma Lutkemeier and Mildred Johnson. After graduation she worked in Hastings at Dutton and Lainson during World War II. While there she worked on the inspection line inspecting twenty millimeter shell casings used in the war.

Ellen was baptized and confirmed in the Presbyterian Church in Campbell, Nebraska and a member till 1968, when she transferred to the Congregational UCC church in Franklin, Nebraska being a member there till her death. She was the treasurer of the Women’s Fellowship for several years and the benevolence treasurer for over 20 years. She was also a member of the Ameci Circle of the United Church of Christ until it merged with the UCC women’s fellowship. She was a member of the American Legion Auxiliary since 1951; and a lifetime member of the  Ladies Auxiliary to the Veterans of Foreign Wars of the United States. Her passion was baking, especially pies. Her hobbies included piece quilting, dancing, reading, along with putting picture puzzles together and solving many crosswords puzzles with her time.

On October 17th of 1943, she was united in marriage to navy man Max R. Barker at the Presbyterian Church in Campbell, Nebraska. Three months later Max was shipped overseas to serve on the Eniwetok Atoll as an aviation machinist mate first class for 32 months, being discharged on December 1st of 1945. Ellen and Max resided in Franklin, Nebraska for the next six years where Max worked on the building of the Harlan County Dam.

On July 8th of 1948 a son, James R. Barker was born at Minden, Nebraska. In May of 1951 they moved to Republican City, Nebraska where they owned and operated a Tavern and Bait shop. Then a daughter Patricia C. Barker was born on May 20th of 1954 at Franklin County Memorial Hospital.

On April 25th of 1968 Ellen married Raymond F. Blank and they later moved to Franklin, Nebraska where Ray owned and operated an implement and automotive dealership. Out of this union Ellen gained a stepdaughter Suzanne Huier. In January of 1983 Raymond died at the age of 66.

In the Fall of 2014 she sold her home in Franklin, Nebraska and moved to Lincoln, Nebraska where she then lived at the Legacy Estates Retiring Home to be near her daughter Patricia, living there until her death.

Ellen is survived by her daughters Patricia Long, and Suzanne Huier.

Services in memory of Ellen will be held 1:00pm Saturday, October 22, 2022 at the United Congregational Church in Franklin, Nebraska with Pastor Jay Towell officiating. Those that wish to remember Ellen in a special way may make gifts in her memory to the United Congregational Church. Hutchins Funeral Home, Franklin, Nebraska assisted Ellen’s family with these cremation services
To order memorial trees or send flowers to the family in memory of Ellen M. Blank, please visit our flower store.